Clara goes to the dark side, with dark secrets revealed in Dark Water

Surprises and Cybermen, but Doctor Who still has a lot to pack into part two

So that was honestly unexpected. Danny Pink dies. And as Clara says, not in a spectacular fashion, not in a Doctor Who way, just in a regular old death kind of a way. Reminiscent of that deeply moving, almost soundless episode of Buffy the Vampire Slayer where Buffy’s mother dies of just being an older person with a blood clot, the opening of tonight’s episode, Dark Water, was a genuine surprise. 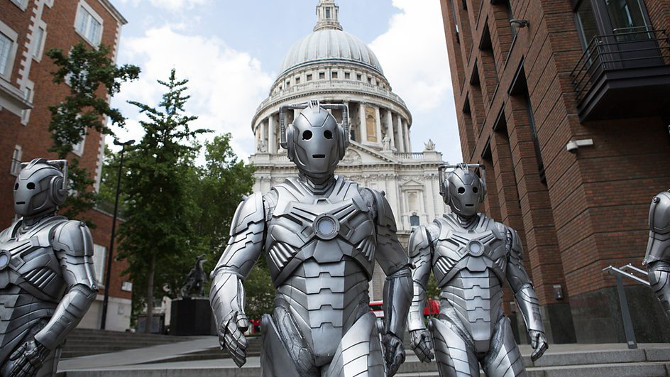 And it wasn’t the only one. Instead of going sobbing and weeping to crawl at the Doctor’s feet, begging him for a chance to save Danny, Clara goes all dark. She coldly and calculatedly concocts a plan to blackmail him into doing what she knows he won’t agree to and she follows through on it as cool as a cucumber. Yes! Finally a companion with some serious stones.

Unfortunately, Moffatt can’t leave things like that at all. Clara’s crowning achievement of the series so far (not that it was a good thing that she did, but it was definitely a bit awesome) turns out to be nothing more than a manipulation from our Machiavellian Doctor. She thought she was blackmailing him, he was actually hoodwinking her.

Which would make sense, if he didn’t then turn around and tell her he’d decided to help her anyway. If he wanted to see how far she’d go as some sort of trust exercise, that’d be cruel but purposeful. Wanting to see how far she’ll go when he doesn’t give a sh*t if she betrays him or not is just pure evil. Why put her through it? Why watch her go from masterful to pitiful as she thinks she’s thrown her last chance away — not just at getting Danny back, but at living herself since they’re in a bloody volcano here. That’s just horrible and controlling and unnecessary.

Danny Pink: 'You have iPads in the afterlife?' Seb: 'We have Steve Jobs'

And of course that wonderfully bleak opening gets ruined as well, since Danny’s not as dead as we thought (or maybe even hoped) he was. He’s some sort of not-dead, but kind-of-dead, in cyberspace almost-Cyberman. You tell me if you understand the half of it. Missy has apparently figured out a way to grab dying minds as they exit dying bodies, which would be a pretty amazing and fantastical feat that you’d think she could find a better use for.

Also, just a general note to the whole of Hollywood, the BBC, TV in general, scriptwriters, novelists and other creative types – not every single soldier who’s been in a Gulf war has shot a child. Soldiers shooting children as a shorthand for how awful war is has been done. It’s not even a great metaphor. We shouldn’t need the person on the end of the gun to be a child to understand that war is a terrible thing for soldiers. That people have to shoot each other for a job pretty much sums it up without any kids needed. Danny Pink has gone from being an annoying fauxpanion to being a annoying fauxpanion who’s also a walking cliché — not a step up. 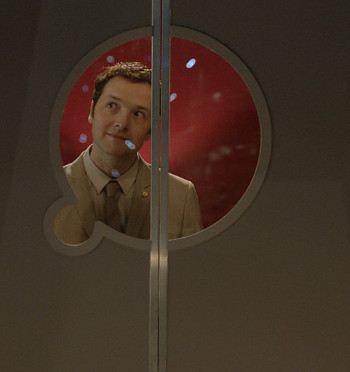 Missy as the Master could be the shock to the heart that drags this season of Who back from the edge of oblivion. The Master is a fan favourite for very good reason and Missy certainly has the manic quality we’ve come to expect from the character. The idea of an older Doctor Who facing off against a megalomaniacal maniac Master in the shape of a middle-aged Victorian-esque woman is very exciting – let’s just hope it doesn’t go all touchy-feely like it did with Tennant’s standoff with John Simm’s Master. Also, if this is a regenerated Master as opposed to a Master in disguise, then Moffatt has set the precedent for Timelords switching gender, which should shake things up next time the Doctor hits the reset button.

But, despite the big Missy reveal (which wasn’t really given much space this week), the Cybermen, Clara’s gung-ho attitude and the possibility of the end of Pink, the best thing about the episode by far was Chris Addison. No-one can do unctuous, officious administration types quite like Chris Addison. Let’s have lots more Chris Addison next week and lots more crazy behaviour from Missy.