Quite by accident, truth leaks out 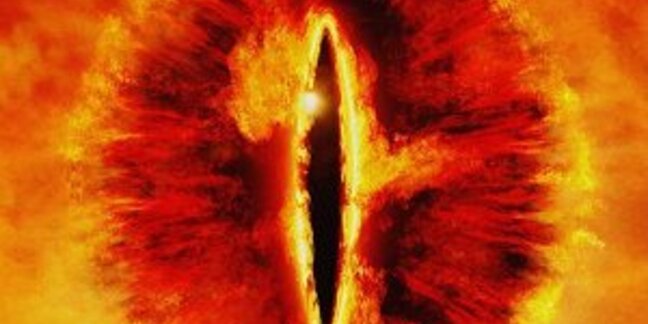 Comment A series of slips by the nation's top cop followed by communications minister Malcolm Turnbull has made Australia's data retention bill even more of a potential horror than it seemed when it was introduced last week.

It started with the Australian Federal Police commissioner Andrew Colvin saying that stored telecommunications metadata could be used to go after people who infringe copyright online. That statement, made on October 30, was unequivocal – he used the word “absolutely”.

It's always a bad idea for police to rashly tell the world what they really think.

The first response came from Senator George Brandis, who said that the data retention bill is all about criminal, not civil matters. Turnbull similarly explained that outfits like the AFP and ASIO aren't interested in copyright infringement (not that Colvin's use-case can't happen, only that two specific agencies aren't going to try to use the data that way).

That became the chorus-sheet, with Colvin toeing the “not interested” line on ABC Radio.

Perhaps feeling the heat, Turnbull then clarified the position further, telling ZDNet's Josh Taylor that if film studios want to use metadata to sue Torrenters, they won't be able to do their dirty work through the police, but would have to ask the courts to give them access to it.

At which point, it looks like each successive explanation has made things just that little bit worse.

It's not only that Turnbull's timing is shocking, since ISPs are right now resisting legal action trying to force them to reveal subscriber information through the courts to a copyright troll.

It's that there's nothing in any of the statements – Turnbull's, Colvin's, or Brandis' – that confines any such court process to copyright. The data is there, and accessible through the courts.

By whom, exactly? How much data could a court open up to a smart and well-funded litigant?

How would the average individual, without access to Philip Street lawyers, resist having their data swept up by someone demanding access to their metadata? Today, the IP address assigned to you or I isn't available to be pettifogged by a lawyer because it doesn't exist. Will it be the same tomorrow?

With injudicious statements, ill-conceived legislation, and its desire to metasplain its way out of trouble, the federal government has told the world: your metadata will be available to the civil courts.

And lawyers are already gathering, telling the ABC's PM program that metadata could be demanded in family law cases and insurance cases. Instead of creating the government-control beloved of conservative states, the government has created a honeypot for the scummiest practitioners of the legal profession. Personally, I fear them more than I fear most hackers.

Two senior cabinet ministers, Brandis and Turnbull, aggregate such outrageous incompetence that they couldn't predict this, and they're both lawyers.

There's also the assertion that copyright infringements aren't of interest to the AFP, which is only half true. As the government's IP Australia Website explains here:

The Copyright Act 1968 similarly provides for criminal sanctions. Under this Act it is an offence to:

If there were a criminal copyright infringement investigation in hand, rather than a merely civil complaint, a target's metadata would be in the mix. “Absolutely”, as AFP commissioner Colvin honestly put it, before the backpeddaling began.

What's depressing is that Australians probably won't take to the streets about this issue. It's unlikely they'll read even a handful of the stories about the data retention regime. And thus does a country sleepwalk into a Stasi-like regime. ®