Plus: 'With artificial intelligence we are summoning the demon!' 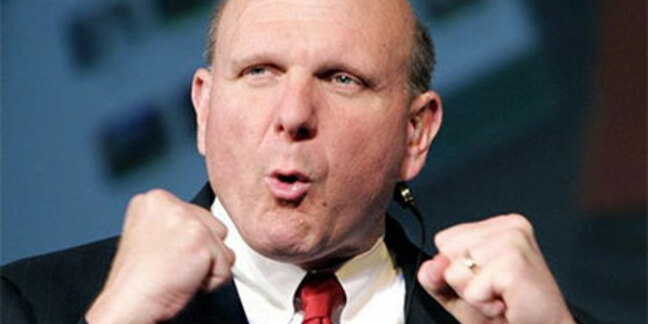 This must be seen in a wider context as part of a pattern to limit media and internet freedom. That is why it is so important to tackle this now before a law is enacted. We have seen the pattern in Hungary where they announce a very tough law and then they moderate it in an effort to seem reasonable. But we cannot allow this issue to fade away.

Hungarian Prime Minister Viktor Orban plans to impose a tax on internet service providers of around €0.50 per gigabyte of data that travels over their networks, capping it at about €2.26 a month for individuals. Heath said that the tax was wrong and could force folk off the 'net:

It won’t work, because you cannot tax a global common resource like the internet unilaterally. Furthermore, by targeting data they are getting it doubly wrong, because it’s impossible to predict data flows!

Thousands of protestors took to the streets in peaceful protest over the tax this week. One protestor told The Reg:

As a symbol of independence and importance of the media, we were holding our cellphones in the air, emphasising that we will remain connected, no matter what law they to put in place.

Meanwhile, ex-Microsoft CEO Steve Ballmer has lost none of his outspoken ways now that he's left Redmond. In an interview with Charlie Rose, Ballmer said that Amazon wasn't a real company because it had failed to make any profit in two decades:

They make no money, Charlie. In my world, you're not a real business until you make some money. I have a hard time with businesses that don't make money at some point.

I get it if you don't make money for two or three years, but Amazon's what – 21 years old – and not making money.

If I was a share owner, it's an expensive company – market cap of $150bn almost – eventually, if you're worth $150bn, eventually somebody thinks you're gonna make $15bn pre-tax and they make about zero, and there's a big gap between zero and 15.

Ballmer added that the online megastore was fine and all, but not like Microsoft was under his tenure.

I think one capability a business is expected to have is the capability to make money. It requires a certain kind of discipline a certain mindset.

They're our neighbours, I like the people, they're fine, but as a businessman if you ask me what I'm proud of, I'm proud of the fact that I made $250bn under my watch as CEO.

We haven't heard from BlackBerry in a while, wonder what they've been up to? Well, making new mobes that look like the old ones apparently.

The firm said that its upcoming BlackBerry Classic is going to be a nostalgic reminder of the good old days, when the name was synonymous with business mobes. BlackBerry boss John Chen said the phone would be for the BB loyalists:

It's tempting in a rapidly changing, rapidly growing mobile market to change for the sake of change – to mimic what's trendy and match the industry-standard, kitchen-sink approach of trying to be all things to all people.

But there's also something to be said for the classic adage, if it ain't broke don't fix it.

In Apple news, chief exec Tim Cook has admitted that the new Apple Watch will probably need to be charged every day. Not because it's got a crap battery of course, but because the fanbois and gurrls will be using it soooo much. He said in a live Q&A:

We think people are going to use it so much you will end up charging it daily.

And just in case folks didn't believe him:

You’re going to wind up charging it daily.

Tim Cook was also in the news this week for an open letter published in Bloomberg in which the Appler talked about his homosexuality.

While it's never really been a secret that Cook is gay, the letter was the first time the exec had discussed it openly. He said he wanted to talk about it now because despite his desire for privacy, he recognised that open conversation from high-powered people could help others:

While I have never denied my sexuality, I haven’t publicly acknowledged it either, until now. So let me be clear: I’m proud to be gay, and I consider being gay among the greatest gifts God has given me.

I don’t consider myself an activist, but I realise how much I’ve benefited from the sacrifice of others.

So if hearing that the CEO of Apple is gay can help someone struggling to come to terms with who he or she is, or bring comfort to anyone who feels alone, or inspire people to insist on their equality, then it’s worth the trade-off with my own privacy.

Other talking heads this week included Elon Musk, who warned humanity once more about the follies of rushing headlong into artificial intelligence research. Speaking at the MIT Aeronautics and Astronautics Centennial Symposium, the space and tech entrepreneur said:

I think we should be very careful about artificial intelligence. If I were to guess like what our biggest existential threat is, it’s probably that.

So we need to be very careful with the artificial intelligence. Increasingly scientists think there should be some regulatory oversight maybe at the national and international level, just to make sure that we don’t do something very foolish.

With artificial intelligence we are summoning the demon. In all those stories where there’s the guy with the pentagram and the holy water, it’s like yeah he’s sure he can control the demon. Didn’t work out.

It's not the first time Musk has predicted doom for robot-lovers, saying that artificial intelligence was "potentially more dangerous than nukes".

And finally, a top Googler has broken the record for the highest free fall to Earth just two years after daredevil Felix Baumgartner set it. Senior veep of knowledge Alan Eustace took a helium-filled balloon to over 135,000 feet above Roswell, New Mexico before firing a small explosive charge and setting himself loose in a specially designed space suit.

Although he scaled greater heights than Baumgartner, his speed only reached around 822 miles an hour, failing to break the Austrian's 843.6 mile an hour record.

While Baumgartner's run was also a high-profile, well-tested gig, Eustace pretty much just strapped himself to the balloon and set off, paying for the whole thing and a small group of advisors himself. And the reason why? He said:

I always wondered: what if you could design a system that would allow humans to explore the stratosphere as easily and safely as they do the ocean? I hope we've encouraged others to explore this part of the world about which we still know so little. ®