Automatic for the People

Feature Gradually and quietly, there has been a revolution in photography which has seen traditional film eclipsed by digital techniques. John Watkinson argues that the results of the revolution are not all beneficial, not least because the evolutionary path from amateur to professional has been economically closed off by marketing. 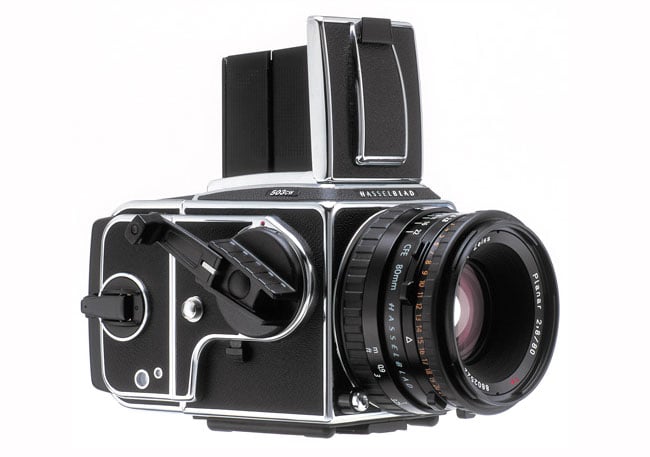 Design classic: the Hasselblad 503CW marked the end of an era in 2013 for its V System film cameras

For me the revolution is over. I’m a committed medium format digital photographer. I haven’t shot any film in years and there is no way back for me. One of the attractions of photography is that, like the helicopter, it is multi-disciplinary and provides a meaningful intellectual challenge; the satisfaction of learning a skill.

The technical performance of the equipment must remain within limits that are set by physics, whereas the actual results may fall far short of those limits if the photographer doesn’t understand the principles.

A technically flawless photograph may be unappealing because of the subject matter or the composition. There are interesting phenomena such as colorimetry and body mass distortion that have both scientific and psychological aspects. Another interesting aspect of the photographic revolution is that marketing now has such tight control that you can’t actually buy what you need any more, so you have to make it yourself.

Human vision is stereoscopic and obtains some depth clues through disparities between the two images, whereas most cameras have a single lens, like the mythical Cyclops, that loses the disparity depth clues. Seen with two eyes, objects obscure less of their background and that’s what we are used to.

Seen through a camera with one eye, objects look wider. That’s great for the guys, who are perceived as more muscular. Not so much fun for the girls who are perceived as fatter and flat-chested, hence the Hollywood starvation and silicone syndrome and the reason most women hate having their picture taken. 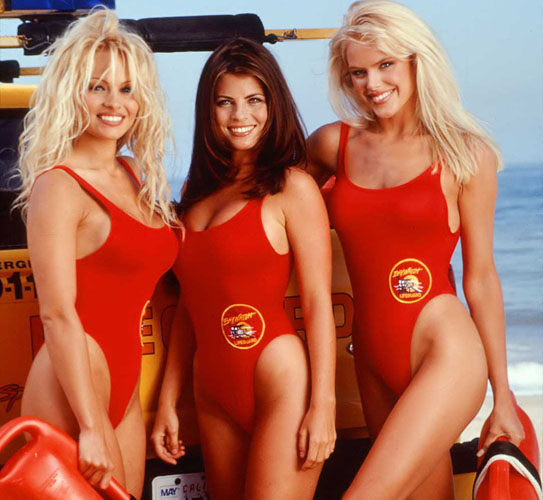 Profile pics: the Baywatch babes know how to strike pose... well, two of them know the trick
Source: GTG Entertainment

So if you remember one thing from this article, it’s not to take pictures of women through telephoto lenses which make the effect worse. And girls, if someone pulls a camera on you, don’t stand square on to it like a rabbit in headlights. Take precise aim at the camera with one breast, so the other one will be in silhouette.

Any new technology is automatically reviled out of a combination of vested interests, fear and ignorance. I remember the introduction of digital audio and how professionals, consumers and journalists alike often showed they had no clue about the basic principles. Most of what was printed was only suitable to put under the cat’s dishes. The consumer music industry would subsequently be destroyed by IT.

Move on a few years and we see the same thing in photography. Misinformed Luddite professionals believe that experience is an alternative to an understanding of new technology. Confused consumers suffer journalistic guano and a tsunami of marketing that may drown us all in a last ditch attempt to stave off destruction by IT. My most important photographic accessory is a bullshit filter.