Why billionaires should spend stupid cash on innovation

Worstall on Wednesday For the sake of my expenditure on blood pressure pills I really ought to stop reading those attempts The Guardian sometimes makes at making sense of matters economic.

The latest cause of choler is Zoe Williams telling us all how Brit billionaire Richard Branson's space tourism (triggered, obviously, by the story of the very sad crash over the weekend) is just an example of the fripperies that inequality allows the rich to spend their unjustly acquired cash upon.

Shockingly, this was achieved without managing to note that it is exactly this type spending by the wealthy upon fripperies and entertainments that is the only part of trickle-down economics that undoubtedly and provably works.

Here's Williams on the subject:

"I think millions of people would one day love the chance to go to space,” [said] Richard Branson...

However, when rich people start dropping sums that could rid whole villages of cholera – on a trip that extends humanity in no direction, that is probably pretty boring for a lot of the time and not dissimilar to flying overnight – the picture changes. This is what inequality actually looks like: rich people burning money on fun. That’s what the world works to service. That’s why things have to be the way they are.

There are various definitions of what “trickle down” economics actually means. There's the obviously pejorative one where it's taken to mean that if we just let the rich get rich, anyhow, then we'll get rich too – and ain't that an obvious crock? There's another which explains that it's really supply-side economics, and then there's a third that is obviously true. So, sidestepping all the joyous argumentation we can have over the other two possible meanings, on to the third. 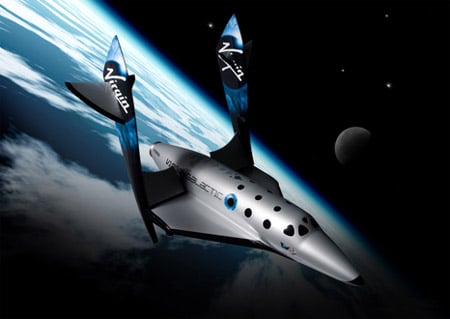 Who ELSE was going to spend billions on passenger trips into space?

That third definition is that someone, somewhere, has to go spend the money to develop the technology for anything new. And those early attempts to develop something new are often (possibly even are always) funded by selling the first instances to a few rich eccentrics. For they are exactly, and only, the people who can actually afford version 0.001 of this new stuff.

Sometimes it doesn't work very well: various toffish Army officers developed the luge and skeleton up in the Alps and that's still very much a minority sport confined to lunatics. Messrs. Daimler and Benz sold some 35 copies of their first model of car and we can be absolutely certain that they all went to rich eccentrics. The car at that time was rather less useful than a horse and possibly less so than a pogo stick... Much the same is true of these spaceship joy rides. They're very much a minority sport for rich pleasure-seekers.