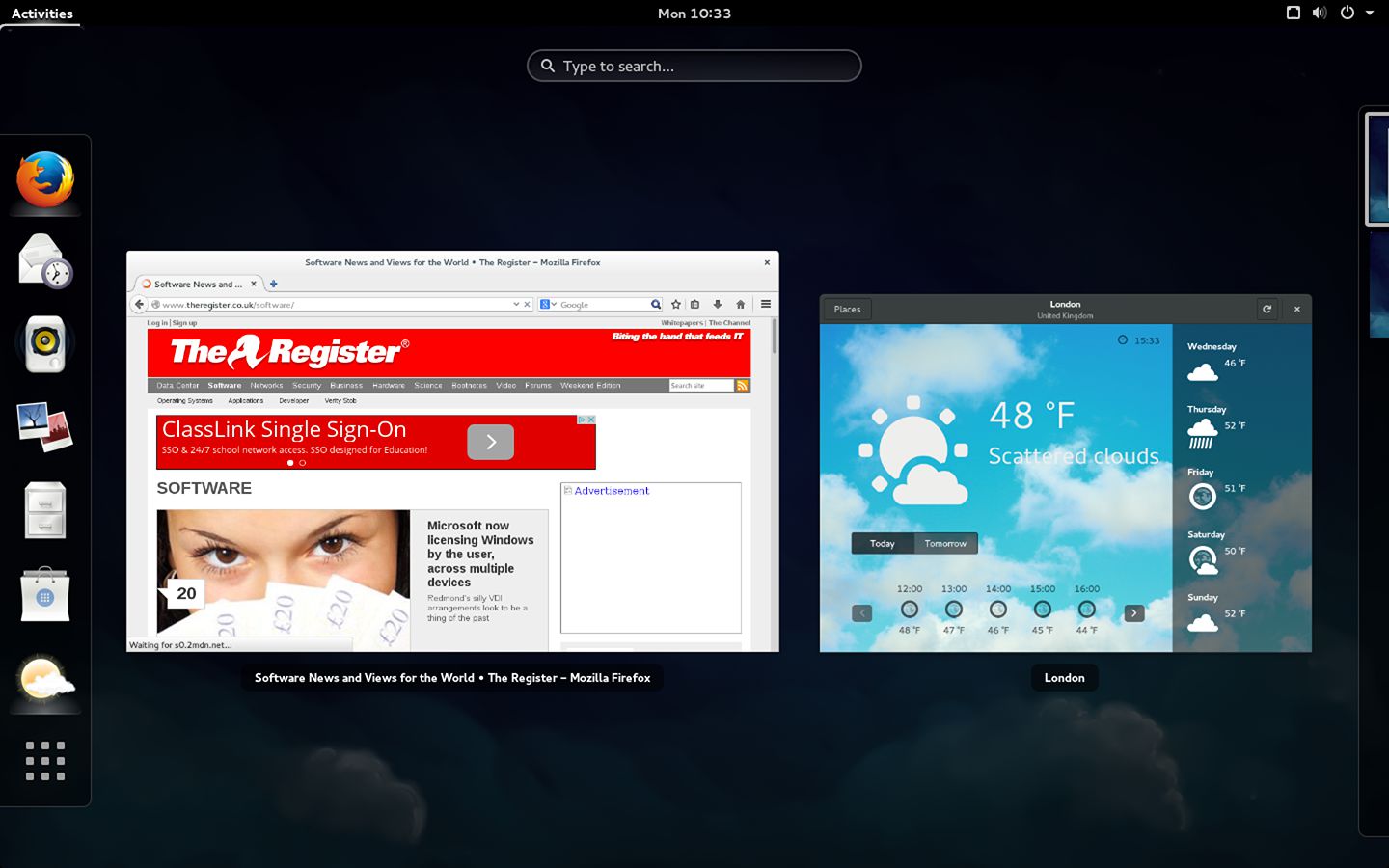 The fallback to XWayland for unsupported apps – notably GNOME Terminal – is largely seamless, though there are some jittery graphics when resizing windows (in fairness the jitteriness in XWayland may be more noticeable because of how smooth window resizing is in Wayland).

The other big gotcha – and the reason you don't see any screenshots – is that you can't take screenshots in Wayland GNOME sessions just yet. Unlike X, Wayland tightly sandboxes apps. That's good for security, but it means cross-app tools – like, for example, screen capture and colour picker apps – don't work.

The plan is to add an API for an app to ask for permission to access resources outside the app, but that hasn't been implemented yet.

For now, I suggest sticking with a regular GNOME session (which is the default in Fedora 21 beta), but if you'd like to see how Wayland is coming along, it's easy to do in this release.

Fedora isn't just about GNOME, of course, there are plenty of other desktop options to choose from – including updates for KDE and the MATE desktop. The KDE spin ships with KDE Frameworks 5 and the MATE spin has been updated to MATE 1.8.

As per usual with the Fedora Project, this release includes a slew of updates that are aimed at software developers. Python and Ruby have both been updated and Fedora 21 also includes the awesome DevAssistant – a tool that allows developers to quickly get new projects up and running with development environments tailored to their needs. DevAssistant has always been just a yum install away, but packing it into the default applications shows Fedora hasn't lost its love of software developers.

This Fedora 21 beta has been remarkably stable in my testing, but it is of course a beta, so proceed with caution.

I do encourage you to give the Fedora 21 beta a go, especially if it has been a while since you used Fedora.

Overall, this is shaping up to be perhaps the best Fedora release in quite some time. If the project can get past the routine delays that have plagued recent release cycles, then Fedora 21 might be able to offer a compelling desktop alternative to the popular, but currently mobile-centric, Ubuntu. ®