OpenSUSE 13.2: Have your gecko and eat your rolling distro too

It's worth noting that the openSUSE 13.2 installer does propose a separate xfs partition for /home (or ext4 if you prefer). That's exactly what I went ahead and did back when btrfs was declared "stable" in openSUSE 13.1 and I've had no problems so far. That said, I also haven't tried using many of its more advanced features and I do keep /home in ext4.

This release includes an updated version of the Snapper GUI, which lets you boot right into one of your btrfs snapshots should you need to recover from some kind of file system corruption.

Clearly, since it's now the default file system, openSUSE thinks btrfs is ready for prime time. If you plan to try it, have a look at the btrfs wiki, which has some tips on what you can do to improve your experience.

OpenSUSE 13.2 brings a few new elements to the distro's famed YaST package manager and installer. A favorite of some system admins, YaST is openSUSE's administrative control panel, handling tasks such as software management, user administration, disk partitioning and a variety of other admin and maintenance tasks. The previous release saw openSUSE move YaST from a homegrown programming language to Ruby in an effort to make it more approachable for new developers. 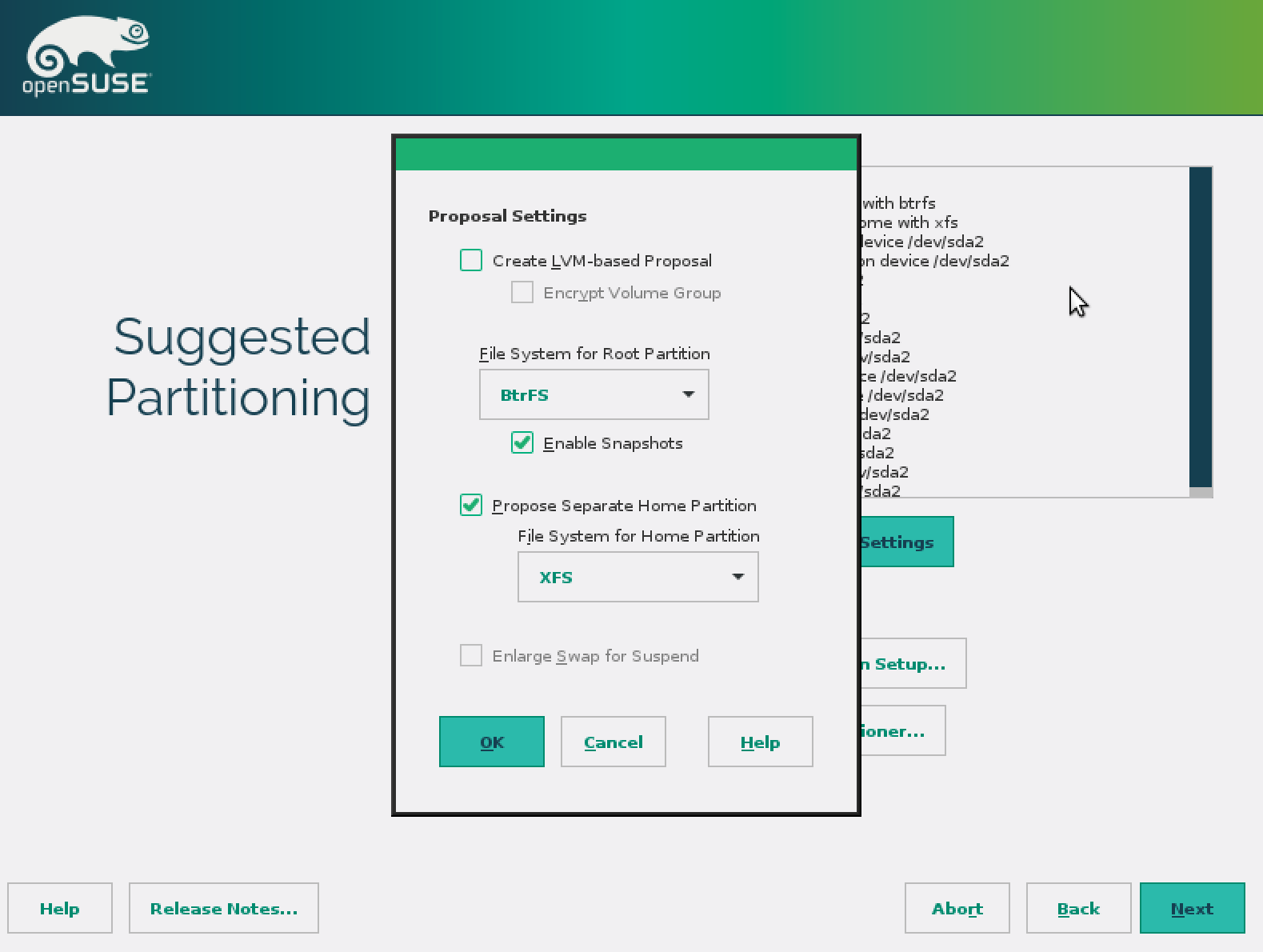 This time around openSUSE has been tweaking the installation process. Gone are the "second stage" setup screens (as openSUSE called them). Instead, once you've hit install, the next thing you'll see is (in GNOME anyway) the option to set up your online accounts.

There's an interesting option in the installer which allows you to skip the actual installation and instead export the configuration as a complete AutoYaST profile for use elsewhere (that profile is also output by the default at the end of new installs).

As you would expect for a release pushing btrfs, YaST has been optimized to work better on btrfs. The release notes also report that YaST integrates better with the sysadmin boogieman, systemd.

I've been using openSUSE daily ever since it hit RC1 about a month ago with no problems. The stability of this release is on a par with what openSUSE has delivered in the past and stands head and shoulders above other distros I've been testing during that same time, notably Ubuntu 14.10 and Fedora 21. OpenSUSE does of course lag a bit behind the other two when it comes to offering the latest and greatest package updates.

However, if you're looking for a solid, stable system that won't let you down openSUSE 13.2 fits the bill. If you'd like to have the stable base, but want something closer to a rolling release distro, there's always Tumbleweed.®

It may sound like a trivial feature, but this sort of thing matters, and not only to gamers
OSes9 Jun 2022 | 1