'My job is to make you happy with your product, not to fix it' 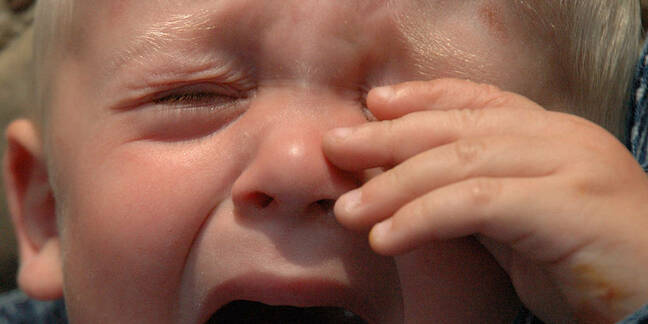 Apple iSlaves have joined together to publish a scathing indictment of customers who graze at the fruity firm's retail stores.

A number of embittered Apple employees have contributed to a Reddit thread called Confessions of an Apple Store Worker, which was started by an anonymous employee called FruitStandSlave.

Apple customers were described as "adult toddlers" and "assholes" stuffed full of "entitlement".

However, he deviated notably from the Cupertino-approved tone during several bouts of blatant sexism, slamming Apple for failing to employ "hot girls".

We have expunged the emoticons, emojis and goodness-knows-what-elseies from the posts to avoid offending the delicate sensibilities of El Reg's readers.

"They say Apple guys make the best boyfriends," Mr Slave wrote. "To be honest, when it comes to hot girls, there's something called the Apple effect. Since we see these girls so much, someone that is mediocre looking turns into a 8. We don't have many hot girls."

"When the person attacks me personally, I don't tolerate that, and sometimes you need to give them a taste of their own medicine," he roared.

Mr Slave also made the rather remarkable claim that although he works as a technician, it's not your iThings he'll be fixing.

"My job is to make you happy with your product, not to actually fix your product, more to fix the relationship you have with the brand," he said.

Despite all of this, the worker known as FruitStandSlave is almost unbearably smug about his life.

"I make some decent money, have a beautiful girlfriend and a good pool of savings," he beamed.

It's enough to make you buy a boring old PC.

A number of other iSlaves also joined in with the fanboi-bashing.

"People don't want to deal with adult toddlers," said one worker. "Just like real ones, they lean towards hitting, or even greater tantrums, to get their way/explode out since they are mentally unstable to begin with. Not the best recipe for a good day."

One Genius bar employee continued: "It pained me every time an asshole asked for the manager and got what they wanted. Meanwhile, all the nice people (who actually spend money) get screwed. You know it's common because society even has a saying for it — the squeaky wheel gets the grease."

Do you know the real identity of FruitStandSlave? Get in touch and let us know. ®