EU cyber-cop: Dark-net crooks think they're beyond reach (until now) 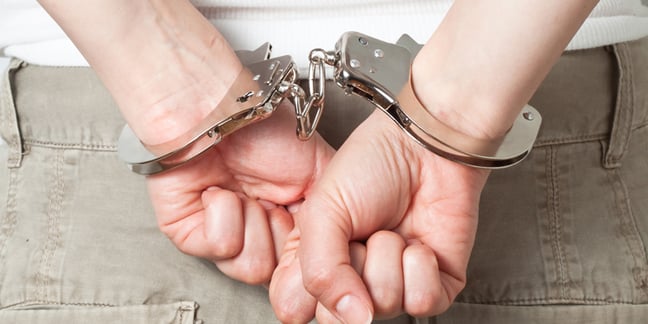 Hundreds of website domains seized, 17 arrested and $1m in Bitcoin confiscated – Thursday was, apparently, a busy day for the West's cyber-cops.

Operation Onymous, in which police and g-men in more than a dozen European countries as well as the US, has claimed some big scalps including the Silk Road 2.0, Hydra and Cannabis Road websites – plus sites such as Doxbin, which is where miscreants could publish people's personal information for nefarious uses.

Having secured a bunch of search warrants, the joint-action targeted online marketplaces and other sites running as hidden services within the Tor network. Hardware and digital storage was seized on both sides of the Atlantic, including Bitcoins worth approximately $1m (£630,000) – plus €180,000 (£141,200, $223,800) in cash, drugs, gold and silver.

Among the 414 websites shut down were those selling weapons and drugs, and advertising contract killers, although it's understood not all the sites were active – many were spare domains, redirects or just simply unused.

According to a statement from Eurojust, which coordinated the judicial part of the investigation in Europe, dark-net buyers and traders believed they were safe from prosecution “until now.” An indication of this is that Silk Road 2.0 was up and running about a month after the original Silk Road was shut down.

“This case is a landmark in the continuing battle against cybercrime; it marks the beginning, not the end, of the pursuit of those who abuse the internet for illegal profit,” said Koen Hermans, leader of the Eurojust coordination centre.

EU cybercop Troels Oerting, head of the European Cyber Crime Centre, said this was not just an online operation: “We have demonstrated that, together, we are able to efficiently remove vital criminal infrastructures that are supporting serious organised crime. And we are not 'just' removing these services from the open internet; this time we have also hit services on the darknet using Tor where, for a long time, criminals have considered themselves beyond reach.” ®

Protip: No, the CIA will not call off a pedophilia probe into your life in exchange for Bitcoin