We must SMASH the Democratic Deadlock with MINDFUL EVIDENCE

¡Bong! “They fuck you up, your Mum and Dad,” the great Poet Laureate Sir John Betjeman once wrote. Harshly, I think. My own father, the late financier and diplomat Gilbert Xavier de Bong, who died designing the Richard M Nixon Presidential Library, bequeathed me many gifts. Not least of which is a deep moral purpose in life.

“If it feels right, Stephen,” Pappa told me, “you should probably do it. But only using somebody else’s money”.

One’s legacy is something that has been preoccupying me lately, particularly after reading here at The Registrar that most UK parents now want their children to grow up to be me. Yes, me. Not my pal Russell Brand. Or Richard Branson. A completely different, and much more digital, kind of comedian or entrepreneur.

But if I am essentially everyone’s child, what will happen when I grow up? What legacy will I leave them?

Years ago, I resolved to reduce my carbon footprint for the sake of Gaia, and vowed never to have children. But this resolve is now being tested. I have been gradually pivoting to a more flexible position. If I do have children - and I am not saying I will - my firstborn son and heir will be called Rand Rand Lobsang Rand de Bong.

That’s in honour of my two heroes: the two guiding philosophical lights in my life. Namely, “Lobsang”, the 14th Dalai Lama of Tibet – and “Rand”, after the heroine of all the Ayn Rand novels, who is Ayn Rand.

Ayn Rand was the founder of evidence-based policy making. “Evidence-free assertions, appeals to tradition, and appeals to authority are not rational arguments; they are textbook logical fallacies,” Rand scholars tell us. I am a strong supporter of the evidence-based approach, because facts, quite literally, speak for themselves. Facts don’t just speak - facts shout “Get out of my bloody way!”

So. Evidence provides the escape route out of our current democratic impasse. But so too does mindfulness. Mindfulness is a kind of upright yoga, where you’re walking around with a creepy smile on your face, my assistant มาลัย (which means “Garland of Flowers” in Thai) tells me. My comrade Rory Cellan-Jones can become Mindful in just ten seconds – without taking off his #google #glass. Mindfulness is taking over our schools and at last, our Parliament. That’s right: teenagers and politicians - surely the two toughest intellectual elites to crack. If they can become Mindful, anyone can.

But Steve, you’re saying, aren’t the two incompatible? How can the horticulture and ruthless breeding facts be compatible with the blissful, Mindful state of meditative contemplation? Isn’t that like trying to sing and drink at the same time?

Well, no. Evidence is in fact deeply beautiful – and transformed into pure graphical evidence can be used to achieve a state of profound Mindfulness. Just have a look at Information is Beautiful, for example. Evidence is Beautiful - as the godfather of modern neuroscience Edward Tufte describes it.

Still confused? Don't worry. I will explain Mindful Evidence with (what else?) an Infographic. In the right hands, Infographics are the Psalms of Evidence-based Mindfulness.

So please put material world distractions to once side and absorb this for no fewer than 15 minutes, using a Apple Retina Display if you can: 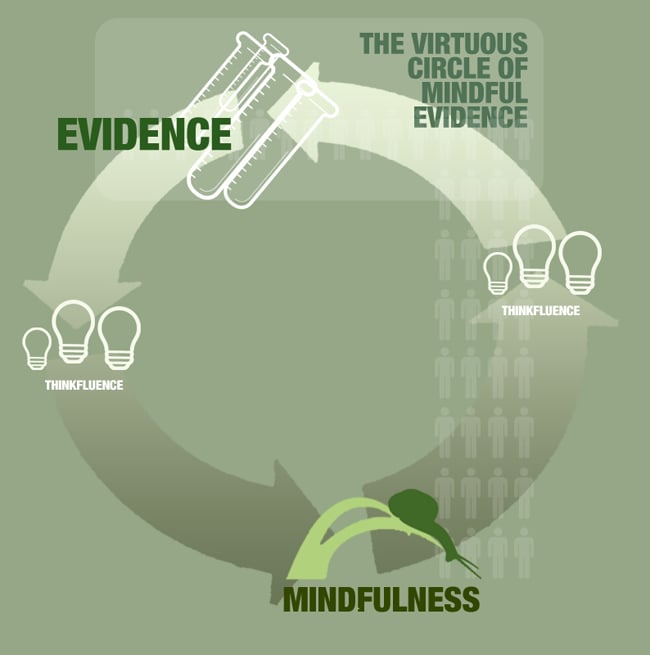 Sit very still with Steve - and hear the sound of the bell @BongVentures on Twitter. ®

Steve Bong (official title: Lord Bong of #businessmodel) is the founder of Bong Ventures, an early stage investor and incubator focussing on innovative new technology start-ups based in Shoreditch, London. When he's not helping rear the next generation of business models, Steve enjoys parties and foreign travel, extreme cuisine, Open Data and draws his inspiration from Ayn Rand and His Holiness the 14th Dalai Lama. He advised (then hired) No.10 policy guru Rohan Silva on mindfulness and innovation, Lily Cole on innovation in giving, Mark Zuckerberg on the Perfect IPO, the Republic of Kazakhstan on emergent social media strategies, LOCOG on brand enforcement, and imagineered the Olympic Opening Ceremony with Danny Boyle, Shoreditch's #guardian coffee coffee shop with Jemima Kiss, and was the social media consultant for Edward Snowden and Lady Thatcher’s Funeral. A recent attempt to arm the Syrian rebels with iOS7 sadly failed, however. He emphatically declined to assist the Islamic Caliphate in creating viral and engaging content, however.

At the personal invitation of Kim Jong Un, he is a strategic consultant on the Nextification of North Korea. Steve wants to pivot the BBC into the 22nd Century, blue-skying its hugely successful Digital Media Initiative, and advises the UK Government on icon design and the new National Curriculum. He favours Small Government but Large Catapults, the Soft Power of Tiny Coding Fingers, and wants more taxpayers to engage in Ambient Crowdsourcing.