All season, viewers have been wondering how much of the hints, asides and downright weirdness would be tied up in the final episode. And Death in Heaven did not disappoint.

The hints of Missy' s manic personality have been there to see from the outset, but the grande finale was as much hers as the Doctor's. Michelle Gomez’s operatic performance counterbalanced the, for once, properly backgrounded Clara.

Clara, or Miss Goody Two Shoes, has been little more than a plot device rather than a rounded character all season, but that Missy's Machiavellian plan amounted to simply “yanking the Doctor's chain” was a stroke of genius. Perhaps the writers are having the last laugh at overly obsessive fandom-ing. 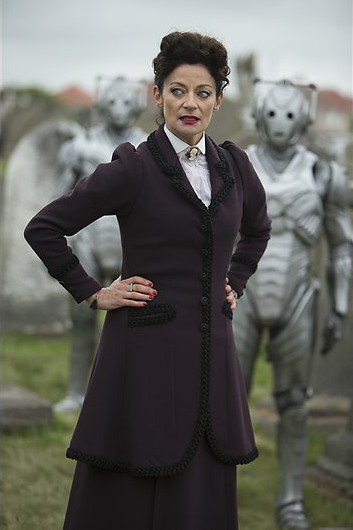 Cybermen have always been essentially Space Age zombies, stomping slowly along in search of human brains to make like their own, and showing them as real skeletons last week was an obvious nod to that. However, the mindless mental men have always been poor cousins to the Daleks. Perhaps the gap was growing too wide once Daleks learned to cope with stairs, hence flying Cybermen this week. The rationale for clouds and rain and pollination was confused, but zombie Cybermen climbing out of graves was worth it!

The Doctor as President of Earth is ridiculous, and not worth the one gag it generated. Sure, the Doctor and Missy going at it in a rapidly disintegrating plane was great, but we did we need such a ridiculous premise to get them there?

The Doctor’s dilemma in the graveyard was pure Gandalf and the Ring. Dare a good man (assuming we fans believe that’s what he is) wield unlimited power or will it corrupt him entirely? Who cares? Danny’s gone, Clara’s on her way out and Peter Capaldi has proved himself a Doctor to equal any since the re-boot.

There were hints that a Search For Gallifrey would become the Doctor’s new mission in Day of the Doctor, and now we’re nicely set up for that. Bring on the Christmas special! ®