Marianne Faithfull: A Life on Record

Marianne Faithfull is probably always fated to be best known as Mick Jagger’s ex-squeeze, although she has had a successful career as a singer and actress for half a century. 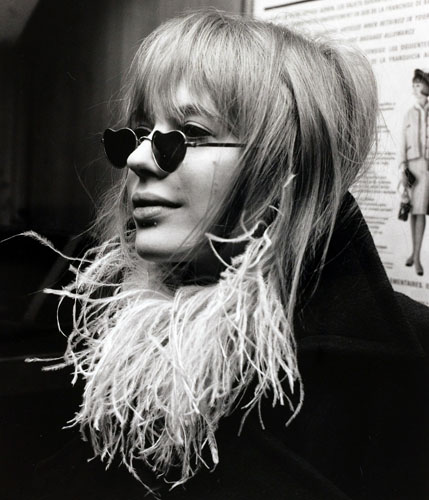 A Life On Record is not so much an autobiography as an annotated scrapbook and photo album. It contains a good intro by Salman Rushdie, an all right article by Terry Southern and a crappy, pretentious one by Will Self.

The first thing to say is that this is a beautiful book, as it should be for the price. The photo credits include: David Bailey, Gered Mankowitz, Cecil Beaton and Mick Rock. 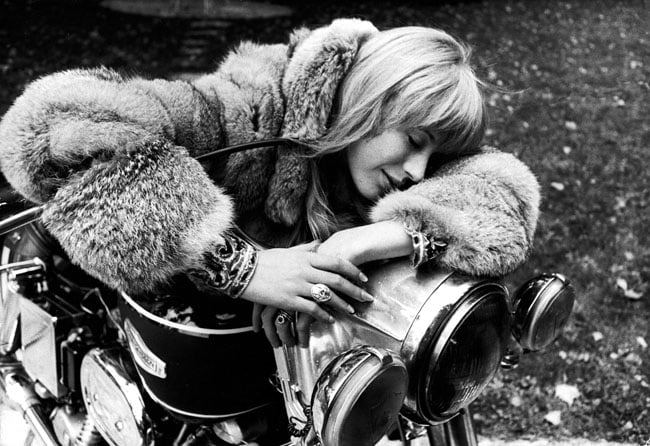 Venus in furs? Photo taken during the filming of Girl on a Motorcycle (1968) Source: Camera Press

I confess I haven’t read her 1994 autobiography: Faithfull, so I was amused to discover that her maternal great, great uncle was no other than Leopold von Sacher-Masoch. Anyone who has had the dubious pleasure of reading Venus in Furs may recognise some inherited traits in Marianne. 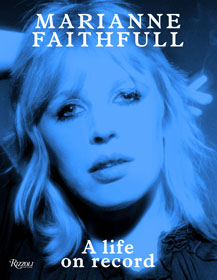 A Life On Record includes a commentary alongside the pics. In her early family photos, she observes: “I was six years old and my parents split up, it was over, no normal life for me.”

Eva, Marianne’s mother, was a dancer in Weimar cabarets: “And then Mr. Hitler came along and ruined everything.”

There are some beautiful sepia photographs of Eva, the artist. No wonder Ms. Faithfull has maintained an interest in the Weimar era and has often performed works from the likes of successful theatrical collaborators playwright Bertolt Brecht and composer Kurt Weill.

Despite Faithfull’s occasionally dissolute lifestyle, she seems to have maintained an extensive archive, a lot of which is reproduced here. There is publicity material from the beginning of her career as an anodyne songstress, '60s tour snaps with Roy Orbison and some hilarious early tabloid cuttings including this from the Evening Post and News:

“At 20 with a teenage marriage in ruins, Marianne Faithfull has suddenly become the symbol of today’s generation. She is being hailed as Britain’s ‘don’t care’ girl.” And this from the infamous Redlands drugs bust: “Story of a girl in a fur skin rug”. 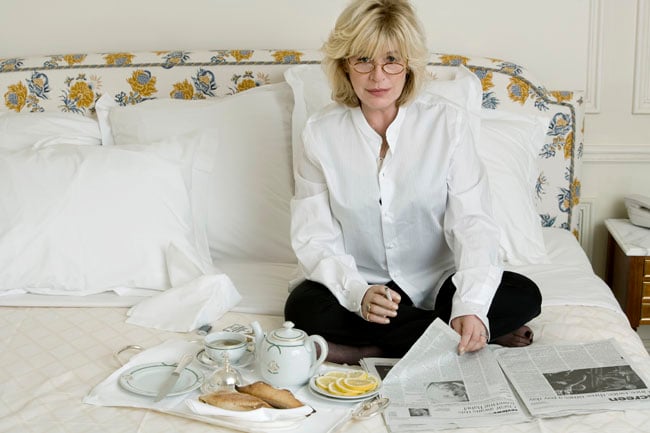 Now nearly at the end of her seventh decade, Faithfull can still come over as the star struck schoolie, the caption of her accompanied by two rather famous gentlemen reads: “In between Mick Jagger and Alain Delon. O my god!”

There are some pictures taken outside a house where she squatted during her years as a junkie in the 1970s and in the infamous glam nun’s outfit from David Bowie’s 1980 Floor Show, as well as her Commandeur de l’ordre des Arts et des Lettres awarded to her by François Mitterand in 2011 and a poem about her by Patti Smith. The list of her collaborators and celebrity friends is impressive, most of them appear in A Life On Record, she says she loves them all and who am I to doubt her?

The last word is: “What I love best is making records and performing”. Marianne Faithfull is a grand dame of the first order and A Life on Record is a grand livre. To own it you will need to be either a fan, frivolous or have deep pockets, but even if you don’t aspire to any of these categories, it is well worth a look.