Benedict Cumberbatch, you really shouldn't have ... 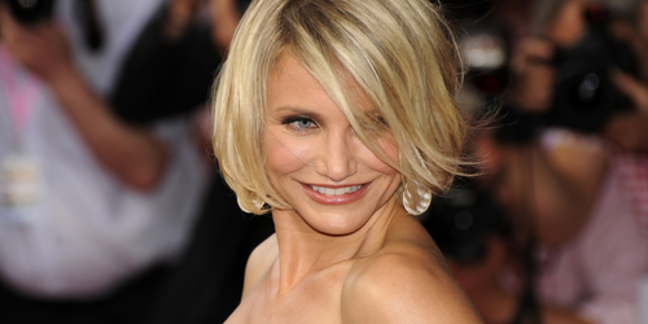 Cameron Diaz, Benedict Cumberbatch and Mark Zuckerberg were among the assembled luminaries at NASA's Ames campus in Silicon Valley over the weekend – where techbiz titans and people paid to pretend to be boffins in the movies distributed $36m at the Breakthrough Prize ceremony.

The money was awarded by tech luminaries on the Breakthrough Prize Board including Zuckerberg, Jack Ma and Sergey Brin.

Tech tycoons, boffins and celebs all rubbed shoulders at a lavish ceremony at NASA’s Hangar One on Sunday night, where the wealthy board led by Yuri Milner heaped millions on scientists for breakthroughs in life sciences, maths and fundamental physics.

The awards were handed out by the illustrious tech-heavy board along with celebs like Kate Beckinsale and Seth McFarlane.

"The world faces many fundamental challenges today, and there are many amazing scientists, researchers and engineers helping us solve them,” Mark Zuckerberg said in a canned statement.

“This year's Breakthrough Prize winners have made discoveries that will help cure disease and move the world forward. They deserve to be recognised as heroes."

The awards were started by Russian entrepreneur Yuri Milner, who made his fortune investing in firms like Facebook and Twitter and describes himself as a “failed physicist”. He reckoned that boffins were missing out on the big bucks for their research and managed to convince other techies with deep pockets to back a series of prizes for them.

Six different scientists were honoured for their work in Life Sciences, including Alim Louis Benabid for his high-frequency deep brain stimulation treatment for Parkinson’s disease and Victor Ambros and Gary Ruvkun for their work in genetic regulation by microRNAs.

Five mathematicians scooped the $3m prizes in the inaugural maths category for work in quantum field theories and analytics and other less-easily summarised fields.

Over 50 researchers are sharing the Fundamental Physics prize, led by Saul Perlmutter, Brian Schmidt and Adam Riess, who worked on the Supernova Cosmology project and the High-Z Supernova Search Team and discovered that the expansion of the Universe is accelerating, rather than slowing down, which had long been the theory.