Philae probe readied to touch down on surface of comet

Pics The European Space Agency's Rosetta space probe is preparing to make history by dropping a fridge-sized lander on the surface of a comet.

ESA has scheduled Philae's detachment from Rosetta for 09:03 GMT on 12 November, and the agency hopes for a landing at 16:02 GMT.

But before this pioneering mission concludes, Rosetta has taken the time to send a few postcards back to its friends on Earth.

Rosetta is orbiting Comet 67P/Churyumov–Gerasimenko at a distance of 10km and will attempt to deposit its Philae probe on its surface tomorrow. This is likely to be a tricky endeavour because humanity has never before attempted to land on a huge rock as it speeds through space at 60,000kmph.

These stunning black and white images show the surface of Comet 67P/Churyumov–Gerasimenko. 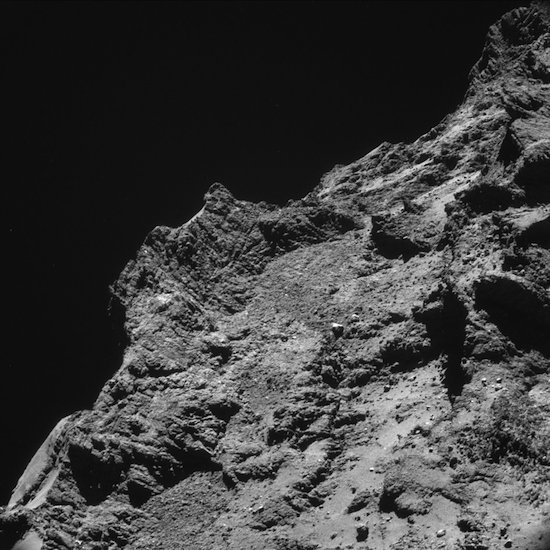 The new "beauty shots" were taken using Rosetta’s navigation camera. They have been enhanced by the ESA because the comet's surface is actually blacker than coal.

The following image shows a boulder called Cheops, which was given its name because it reminded the ESA team of the pyramids. The largest of the structures at Giza housed the Pharoah Cheops, who died in 2550BC. 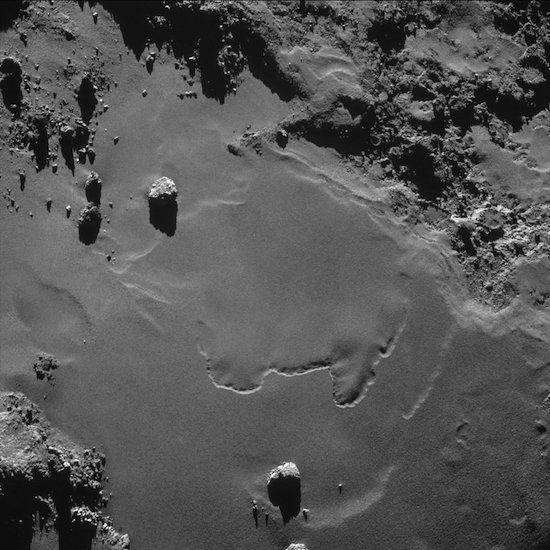