As is now my wont on all Android devices, I test I tried it with Google’s Now launcher and everything worked perfectly. The app drawer reappeared and all the bespoke Lenovo features and widgets continued to work as advertised. There is a wee bit of bloat loaded onto the Yoga 2 out-of-the-box, like Navigate 6 and a security package but fear not, as the vast majority of it can be uninstalled in a trice through the app manager. 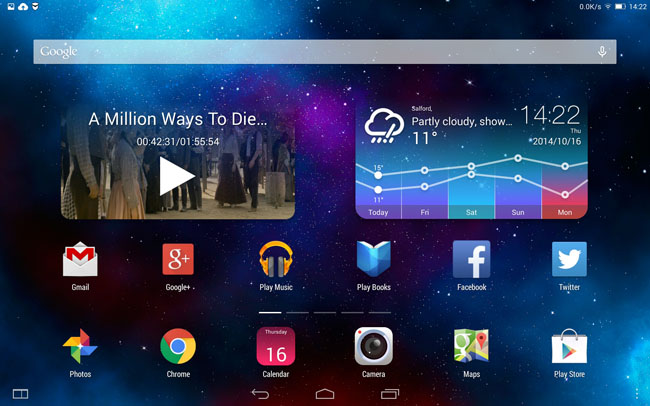 Lenovo's home screen but other launchers can be installed easily enough

Battery life was a strong point of the original Yoga and the Yoga 2 has it well beaten. Looping a 1080p MP4 drained the battery in just under 12 hours; that’s two and a half hours better than the original Yoga tablet managed despite its lower resolution display. In everyday use getting three days from a charge is no sort of challenge.

On the connectivity front you get dual band Wi-Fi, Bluetooth 4.0 and USB On-The-Go hosting. There’s no HDMI output from the micro USB port but in this age of Miracast tellies and Chromecast dongles that’s not so much a big a deal as it used to be. 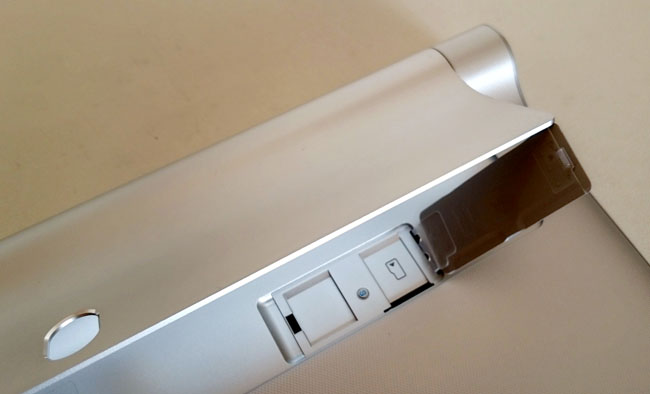 The Sim and SD card slots now have a cover

I’ve no reliable information as to whether or not the Yoga 2 will be on the receiving end of an upgrade to Android 5.0 Lollipop but I imagine it’s more likely than not that it will. At least at some point.

Finally Lenovo deserves a quick but firm pat on the head for only adding £30 to the original Yoga 10’s price of £249 for the new machine and keeping the extra cost for a cellular modem at the same at £20. And the cellular modem in the Yoga 2 is a 4G/LTE rather than a 3G affair. 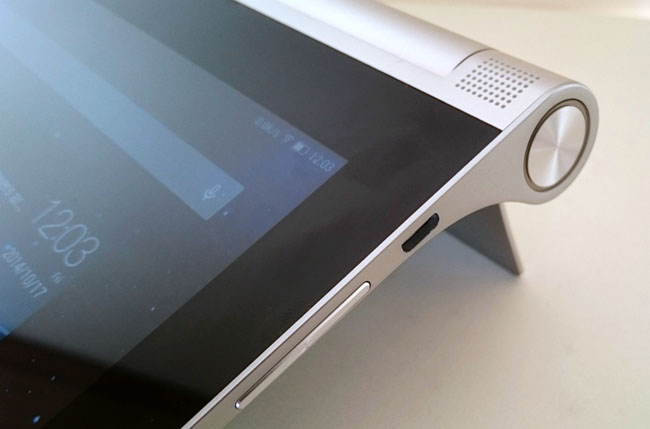 Refined both inside and out: Lenovo's Yoga Tablet 2

For thirty quid more than the Yoga 1 the Yoga 2 fixes all the shortcomings of the original machine. The display is wholly superior, the chipset more powerful, the camera much better in all ways, the cellular modem gets 4G capability and by drilling a hole in the stand a whole new range of positions have been created.

In a nutshell, then, while the Hudl is currently the best budget Android tablet on the market, the Yoga 2 is now the best mid-price slab. And if the Yoga 2 10 sounds like your cup of tea but you’d like a smaller cup £200 will get you a technically identical 8-inch model albeit with a smaller 2-cell battery. ®