Amazon fired a volley at Oracle and other relational database vendors on Wednesday, with the launch of a new, cloud-hosted database service that it says can deliver better performance than on-premises installations at a fraction of the cost.

"This old-world relational database software is very expensive," Jassy said. "They're proprietary. There's a high level of lock-in. And they've got punitive licensing terms, not just allowing very little flexibility in moving to the cloud the way customers want, but also in the auditing and fining of their customers." 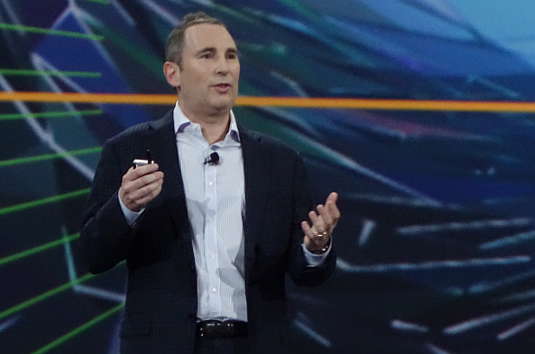 "There is a better way," Aurora general manager Anurag Gupta said during Wednesday's keynote. "And it's really the same way that you guys have been building your own services and your own applications. You don't build monolithic software anymore. You use service-oriented architecture. You use multitenant, scale-out deployment."

Because Aurora was built based on cloud-centric, scale-out design principles, Jassy said, it works just like MySQL but can deliver five times the performance of the typical on-premises MySQL installation. That means it can process 6 million inserts per minute, he said, or 30 million selects per minute.

The service is also designed to offer greater than 99.99 per cent availability and to recover from database failures in less than 60 seconds, without crash recovery procedures or the need to rebuild database caches.

At launch, the service is compatible with MySQL 5.6, but Jassy told The Reg that Amazon expects it to maintain compatibility with the open source database as it matures.

MySQL, of course, is owned and maintained by Oracle. Amazon currently offers both traditional MySQL and the Oracle Database on its cloud via the Relational Database Service (RDS), in addition to Microsoft SQL Server and PostgreSQL. Aurora will now join these offerings as a fifth database engine for RDS, meaning Amazon will compete directly with Oracle for AWS customers' database workloads for the first time.

Customers will have the same RDS management capabilities with Aurora as they do with the other four engines, Jassy said.

The trick, he said, is that they will pay less. There are no up-front costs to start using Aurora, and running it on one of AWS's R3.large instances costs $0.29 per hour on a pay-as-you-go basis.

Aurora is available on AWS as a preview beginning on Wednesday. More information about the service is available here. ®