'Net Neut' activists: Are you just POSEURS, or do you want to Get Something Done?

You'll have to go to the Hill, so deal with it

Analysis On Monday, President Obama wrote out a cheque he knew he couldn't cash. The President is signalling to activists and his Silicon Valley backers that although, yes, he may spend much of the time playing golf, he actually truly and deeply does care. He "gets it". 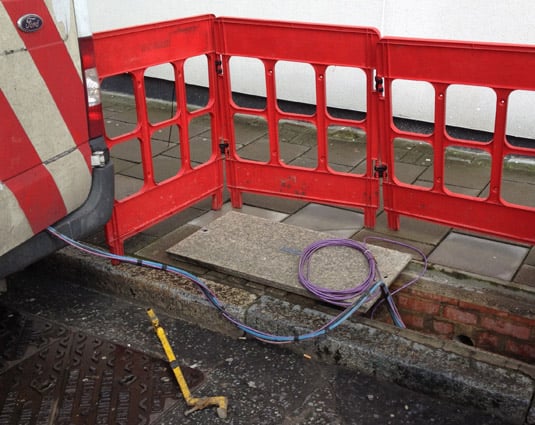 But like the Grand Old Duke of York, someone is going to have to march the Net Neutrality campaign's supporters back down the Hill: and take the battle into Congress. And for their part, the core activists will have to explain why they let down their supporters.

With the White House indicating its support for applying 1930s-style regulation of the internet, overturning the bipartisan consensus that has held firm since the 1990s, the gesture politics of America's Culture Wars - where you make a dramatic token gesture to excite your core base - has now spilled over into US industrial policy.

The problem? None of the mooted "fixes" that neutrality supporters would like to see - and a few are floated by my colleague Kieren, here - will fly without a full debate in Congress on amending the 1996 Telecommunications Act. And yet far better measures - which could breeze through Congress if the case is made - are being shunned. It's worth examining why.

The splurge of investment into costly fixed line broadband has stalled. Verizon put in $20bn to its fibre network FiOS … and then stopped, and is finding excuses not to restart. AT&T is rolling out its gigabit-fibre U-Verse network so slowly you need a time lapse camera to see any movement.

Sorry, San Francisco, you'll have to wait some more. And then even longer. While Google's fibre demo is just that - like its Noddy driverless car, it's an internal experiment.

Reclassification is not the only fruit - and it ain't gonna happen

Almost 20 years ago Congress decided that its regulators couldn't apply old Bell-style phone rules to internet services. The judicial system is getting fed up with being asked to throw out this distinction: it's not the Courts' job to make new laws, or repeal old ones. In both Brand X (2005) and Verizon (2010) the US Courts were invited to allow the FCC the authority to apply Title II. And they clearly sent a message that they can't give the FCC authority to do that, because Congress was so clear cut about the distinction when it wrote the 1996 Telecommunications Act. Even something as "reasonable" as the FCC's Open Internet Orders of 2010 was shot down, because the FCC was rewriting the Act, and therefore exceeding its authority. The FCC is the creature of Congress, not its master.

Leaving aside whatever you think of Big Cable and Silicon Valley - two very powerful lobbies - this is actually exactly how things should be if you want a modern state to be a democratic one, rather than one where a tiny technocratic regulatory elite makes up policy as it goes along. In fact, modern British democracy began as a reaction to such an arrangement, called the Star Chamber.

So, if you're going to bypass democracy because you don't like Comcast, why stop there? Why not bypass it wherever and whenever you encounter something you don't like? Alas, this is how American activists across the spectrum have viewed the institutional machinery for around forty years now - as something to be hacked or tweaked through clever legal challenge. Title II Reclassification is simply the latest Jolly Clever Wheeze.

And all this Cleverness has consequences, and it's created something quite awful: a crisis of legitimacy. An activist doesn't have to assemble a genuine political coalition - building alliances, and winning hearts and minds, and bringing together humans with very different views of the world in common cause. They merely need to smuggle through a Clever Hack. This is how the Culture Wars have been conducted. Neutrality supporters hope - and maybe a few even truly believe - that a Clever Hack can overturn US industrial policy without asking Congress, or explaining the consequences to the population. It reflects a dread fear of democratic politics and a disregard for our intelligence.

There has to be - and there is - a better way to run a country.