Jony Ive: Apple isn't here to make money. And students shouldn't use computers so much 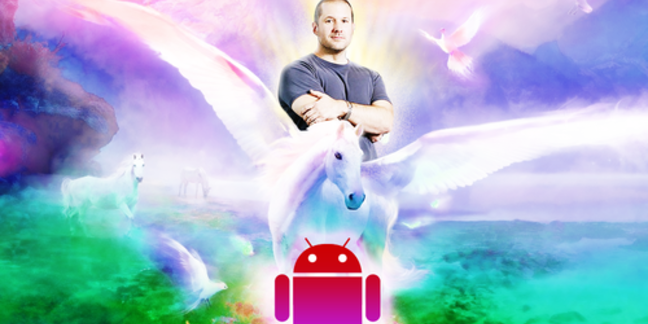 Cupertino design don Jony Ive has claimed that Apple is not out to make money - even though it does happen to be the most valuable company in the world.

"We've tried very hard to be very clear, and this is absolutely sincere, that our goal at Apple isn't to make money," he said.

Ive also hit out at companies which rip off Apple designs. This is something of a pet theme for the Apple designer, who has previously railed against "iPhone inspired" smartphones.

"We may seem a little testy when things we have been working on for eight years are copied in six months – but it wasn't inevitable that it was going to work," he said.

"It's not copying, it's theft. They stole our time, time we could have had with our families. I actually feel quite strongly about it. It's funny – I was talking to somebody and they said 'do you think when somebody copies what you do it's flattering?'

So what upsets the great man? Badly designed products, naturally. By which we might pardonably presume he means objects without an Apple on them.

"If you expect me to buy something where all I can sense is carelessness, actually I think that is personally offensive," he continued. "It's offensive culturally, because it shows a disregard for our fellow human.

"The sad thing is that so much of what we're surrounded by in the physical world that is a product of manufacture, so much of it testifies to carelessness. The one good thing about that is if you do care it is really conspicuous."

This old footage shows the Apple design supremo answering the question: "Can a computer be sexy?"