But lander could be die in the shade

Panoramic pic The fate of the ESA's Philae comet lander may be adding grey to boffins' hair, but the craft is still functioning – and has sent back its first panoramic selfie from Comet 67P's surface. 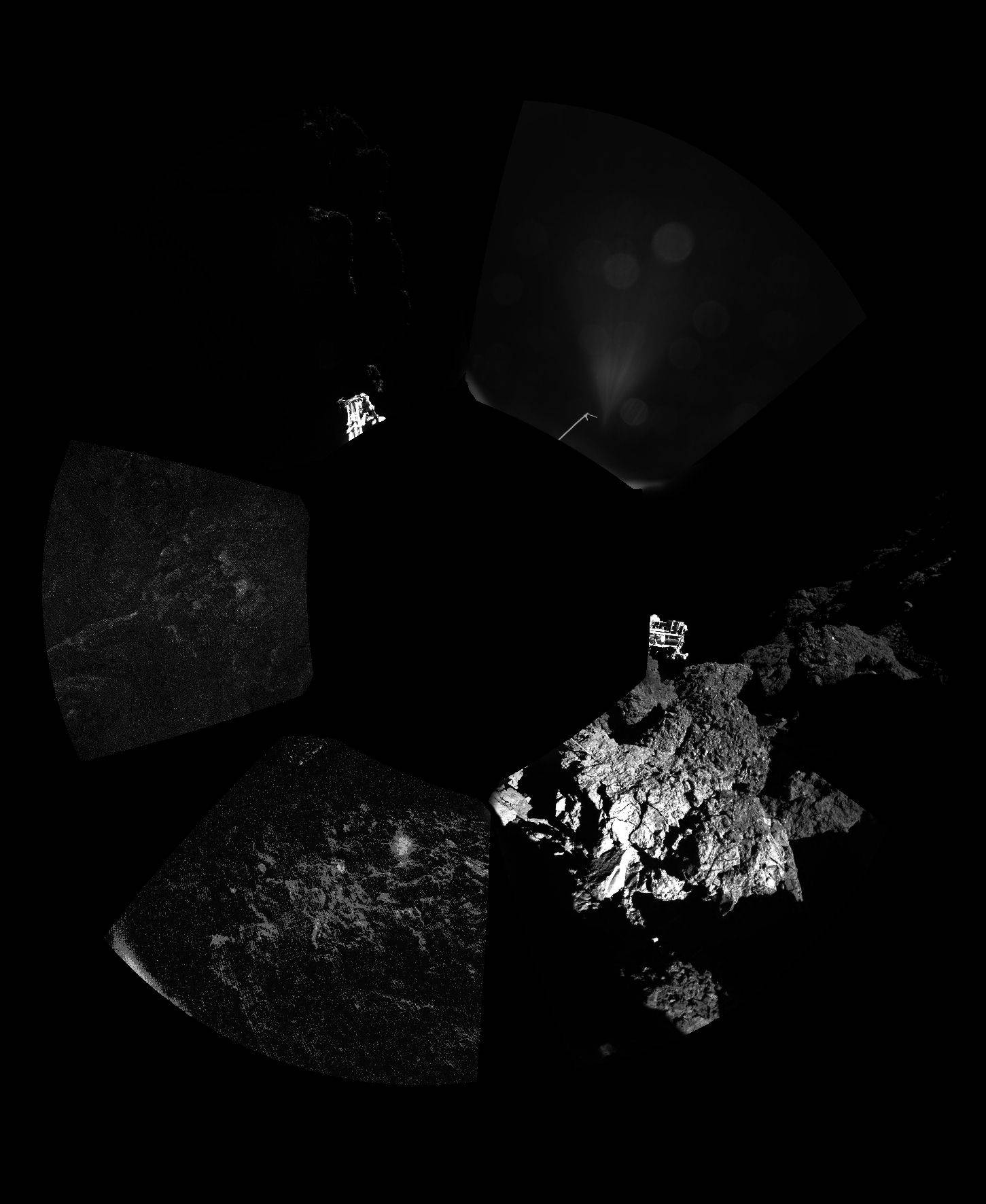 Thanks to the space rock's low gravity, the probe bounced at least a kilometre over the pitted terrain after its anchoring harpoons failed to fire. One of Philae's legs is also off the ground.

The craft's position is well out of the landing zone ESA engineers had aimed for. It now appears to be lying in the lee of a large cliff, which is keeping the lander in shadow for all but a few hours a day.

That's not enough sunlight to power up the lander properly using its solar cells and, with a limited battery, the fridge-sized machine could be out of action by the end of the weekend. 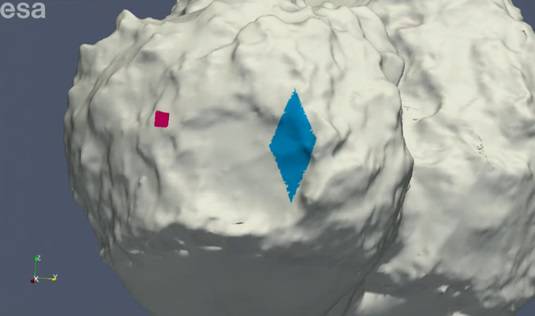 That's not to say it will remain that way. As the comet, which is about 300 million miles from Earth, gets closer to the Sun, Philae will start to get longer and longer periods in the light and, provided the dust on the surface hasn't covered the solar cells, could get enough power to come back online.

Nevertheless, science is continuing for the time being. The lander is taking temperature readings from the comet's soil, and the Rosetta mothership orbiting the rock has recorded the "sound" of the comet's matter as it becomes ionized. The frequency range is 40 to 50 millihertz – well below what a person can hear – but the ESA has tweaked the recording so that human ears can enjoy the stellar concert. ®