UK PM Cameron says Internet must not 'be an ungoverned space' 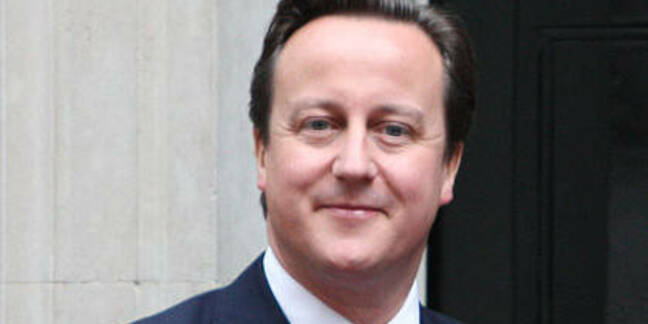 UK prime minister David Cameron has called for “extremist material” to be taken offline by governments, with help from network operators.

Speaking in Australia's Parliament on a trip that will also see him attend the G20 leaders' summit, Cameron spoke of Australia and Britain's long shared history, common belief in freedom and openness and current shared determination to fight terrorism and extremism.

Cameron said [PDF] poverty and foreign policy are not the source of terror. “The root cause of the challenge we face is the extremist narrative,” he said, before suggesting bans on extremist preachers, an effort to “root out” extremism from institutions and continuing to “celebrate Islam as a great world religion of peace.”

“A new and pressing challenge is getting extremist material taken down from the internet. There is a role for government in that. We must not allow the internet to be an ungoverned space. But there is a role for companies too. In the UK, we are pushing them to do more, including strengthening filters, improving reporting mechanisms and being more proactive in taking down this harmful material. We are making progress, but there is further to go. This is their social responsibility, and we expect them to live up to it.”

Cameron's remarks have a strong whiff of a desire to extend state oversight of the internet. The UK already prohibits “Dissemination of terrorist publications” under Part 1, Section 2 of the the Terrorism Act 2006. The country also operates a plan to reduce hate crime, in part by removing hate material found online.

A May 2014 report [PDF] on that plan's progress notes difficulties securing co-operation from ISPs and social networks, especially those outside the UK.

Security is not on the G20 agenda, but what the leaders choose to discuss around the table is fluid. Might the sentence “We must not allow the internet to be an ungoverned space” therefore be an attempt to steer talks in the direction of international co-operation around internet regulation?

The summit runs over the weekend and Vulture South has accreditation to the event, meaning we can get our hands on any communiqués the leaders emit. Most of the output of such events is negotiated in advance, but we'll keep an eye on things in case Cameron's thought bubble expands and also because a major initiative to combat multinational tax avoidance is expected to be one of the event's highlights. ®