GT sapphire glaziers: You signed WHAT deal with Apple?

Dear lord, who let these chumps out of the playpen

Worstall @ the Weekend It's been a terribly exciting few weeks, as we've seen GT Advanced Technologies (GTAT) stumble and crash headlong into bankruptcy protection. The more documents are released by the court the more we can find out about just how this happened.

And the more we do see, the more we realise that what actually happened is the management of the company were purblind idiots during the negotiation of the original contract with Apple.

No, really, a three-year-old arguing for an extra lollipop could have done a better job than that contract it agreed to.

When the contract was first announced I, as your local dodgy metals and minerals dealer, said that I thought this was just great. And in concept it was just great. For there's any number of products, of manufacturing processes, where it's possible to increase efficiency and bring down prices by doing so.

One of the most obvious being to use economies of scale to make each unit cheaper. In my own working life I could make my beloved scandium cheaper by producing a couple of hundred tonnes a year of it. But we're all entirely buggered as to who might want to purchase that much, given that the whole world uses only 15 tonnes a year. And yes, maybe greater demand would turn up as a result of the lower price: but you can go bust waiting for that sort of thing to happen, even though it likely will, eventually.

In the minerals world, what one looks for at this point is a "take off" customer. Not so much one to allow your new method to take off, but one who will take off your production from you. And that's what I thought Apple was being. As I also pointed out the idea that sapphire would become cheaper as it was made in larger boules (a single ingot produced by synthetic means) made good sense (and given that my office is in a sapphire factory, I did check those mechanics) for that's exactly what happened to silicon ingots. 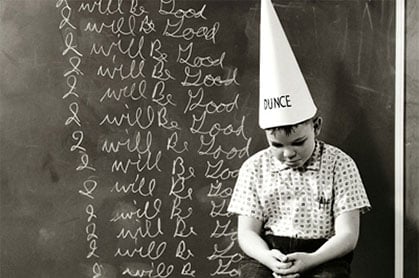 So Mr Apple, we'll produce millions of units, but you don't have to buy them. Yeah, deal!

As they went from a few kilograms each to tens, to hundreds in one ingot, the manufacturing cost fell per kilogram being manufactured. People also got better at cutting the ingots so that there was less waste, again lowering the cost of usable material.

The basic pitch from GTAT was that its new, larger furnaces would be able to perform this trick. Sapphire would cost less through a mixture of the usual economies of scale plus the technical point of larger boules. It also had one further trick: a new method of cutting said boules.

Finally, it's worth noting that there's nothing very expensive about the basic raw material. This is just alumina, Al2O3, and the raw form is perhaps $200 a tonne, maybe $300. It's turning that into the crystal then cutting it that's the problem, the cost centre.

So, perhaps Apple was going to be this take off customer and bring sapphire screens down from $30 each to maybe $10, where they would be economical to sell to the fanboi punters? And I'm on record as arguing that that seemed like a great idea. Apple could use it's vast financial firepower to advance the technologies that it used.

Not in the sense of vertically integrating, it wouldn't want to (nor particularly would it have any talent in doing so) actually run or own the process, but simply by buying the production in advance (as Sun often used to do with the next generation of RAM) finance the existence of that leap in cost performance and thus make it actually happen.