You’re free to explore these lands at your leisure, with radio towers providing the bait – just as they did in Far Cry 3 – when it comes to luring you to new areas of the massive expanse. 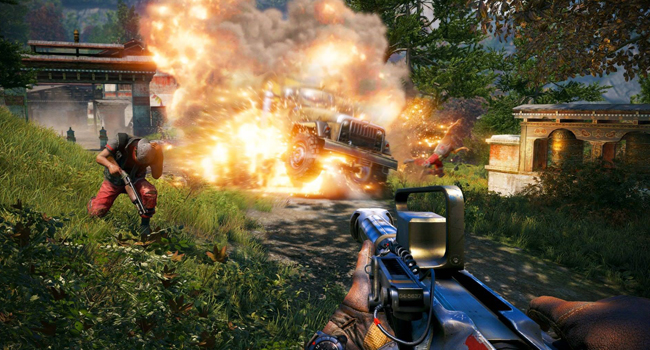 Climbing to the top of each of the game’s radio towers – and smashing the poisonous state broadcast network relay contained therein – brings into view nearby towns and other points of interest. A further carrot, if one were needed, is that new weapons are unlocked too, courtesy of the game’s arms dealer.

Engaging in missions for the resistance is the other means of progressing across the environment. Though linear in terms of your ultimate goal – usually the freeing of hostages, reconnaissance or a village raid – your approach to each is as free-form as the rest of the game. 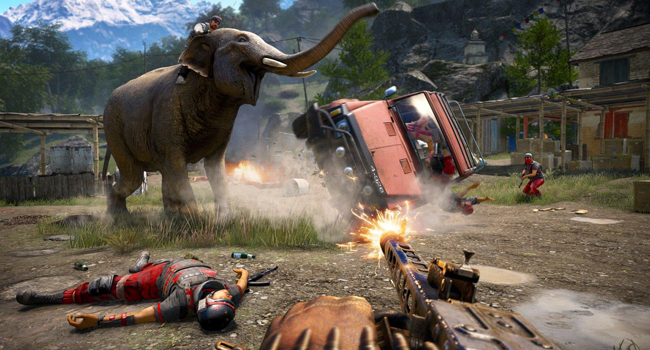 For instance, when tasked with clearing a nearby village of Pagan Min’s men, I chose to climb to the highest peak I could find. This was made relatively straightforward thanks to Ghale’s grapple hook that he acquires early on. My next step was to locate a hang-glider, and with that I was able to glide in on the crest of the wind; all while losing magazine after magazine of small machine gun fire.

Of course, that was far from my only means of entry. I could just as easily have thrown bait into the village and laughed maniacally from a safe distance as tigers, wolves or bears savaged them. 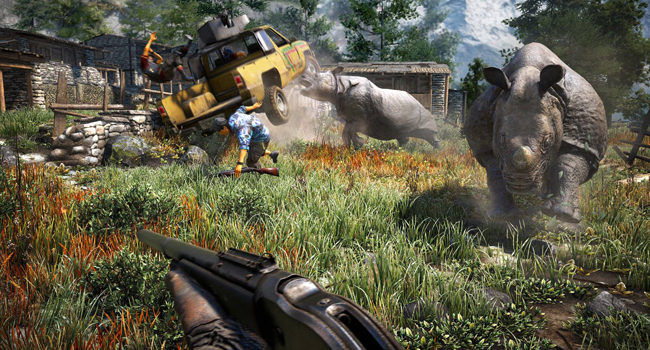 I might also have chosen a more stealthy approach by equipping a bow-and-arrow and offing the hapless guards one-by-one in true Rambo-style. Or else I could have abandoned any attempts at subtlety by charging in on the back of an elephant – and yes, you can pick up troops in the elephant’s trunk and dash them against walls.

Don’t think it’s going to be one-way traffic though. Once you encroach further into Kyrat the enemy finds new ways to counter your advances. Bow-and-arrow equipped Hunters, for example, are just as stealthy as you. They can even entice animals to do their bidding, so turning the tables. 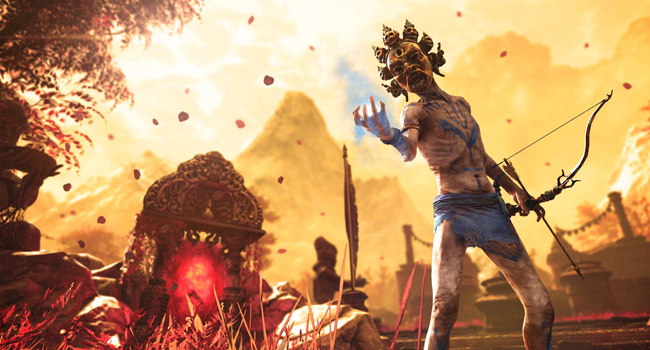 Another nice touch is the way you’ll occasionally be presented with a "Balance of Power" mission. These provide a further element of choice, by asking you to reject one request over another based on the pros and cons of operations suggested by Golden Path leaders Amita and Sabal.