EMC daddy Tucci: YES, there has been too much internal 'friction'

Plus: VMware could be spun off

EMC uber-CEO Joe Tucci has admitted that it has been a mistake to allow too much competition inside the federation, which must be music to activist shareholders' ears. 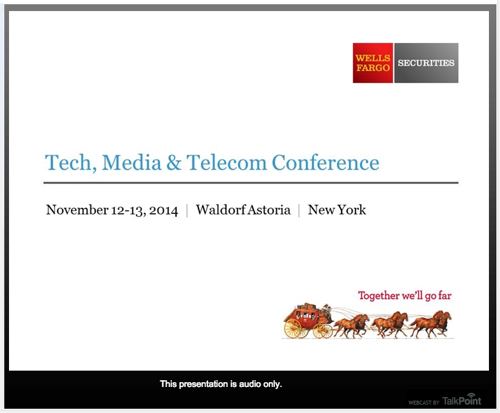 Tucci was asked: "Can you... talk about how you sort of smooth over that tension or how you manage between the different parts of the federation when they seem to be competing against each other?"

According to the Seeking Alpha transcript, he replied: "There is always friction. I think some friction is good. And to be honest, there is more friction than we should have today."

According to Stifel Nicolaus MD Aaron Rakers, Tucci said it would have been better to have EMC II, Pivotal and VMware offerings be better co-ordinated, with less competitive friction. This would enable EMC attacks on new markets like the Internet of Things (IoT) and Network Functions Virtualisation (NFV). That will improve but the federation members will still compete when that makes sense, the analyst said.

Tucci said: "So, an example for new market activity is the internet of things and what’s happening in the telco market with the Network Functions Virtualisation, and then is the opportunity, a huge opportunity.

"So, there [are] places where you want to align really tightly, where customers want it, where there is real big market opportunities and around where how product sets fits. And that’s a step that we now, it’s time to make major corrections there."

Note that phrase "major corrections". It implies some serious rebalancing of work between the federation members is going to be undertaken.

With scale EMC can sell lots of products and services to corporates, and provide them with one throat to choke. If it shrank in size, by selling bits off, then that advantage would lessen.

Tucci laid it on the line:

Is this the exact right time to do it [spin-off Vmware] or should we give it a shot? And that’s going to be your decision ultimately, you shareholders’ decision... we are building a strategy, which is working. We have placed the right bets. We got to make those bets pay off. And then we have got to give you a better roadmap ... we have earnings on the 27th [January 2015], so it will be sometime after that of January. And we will lay it out for you. And we will tell you, here is what we are thinking. And then shareholders can make up their decision.

He said that if EMC shareholders, who have the option, decided they wanted VMware spun off, it could be done quickly, quicker than HP can split itself into two separately traded companies. Could we be looking at a potential AGM vote on the issue, or some similar mechanism to gauge shareholders' views?

Rakers reports that "regarding the opposite alternative of spinning off VMware, namely re-purchasing the 20 per cent of VMware economic interest that EMC does not own (in order to recognize some synergies and not compete as much between different parts of the Federation), Mr Tucci stated that his biggest worry with doing that is the lack of cultural fit, or not enabling VMware to feel like its own company." ®