Virgin Media: UK fans pay the most for the fewest matches 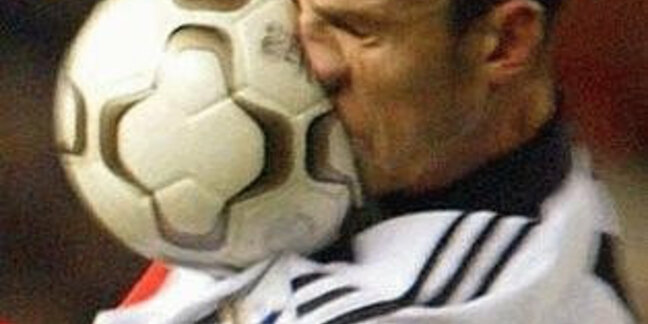 "Fans in the UK pay the highest prices in Europe to watch the least amount of football on TV," he griped.

"Now is the right time to look again at the way live rights are sold to make football even more accessible. We look forward to working constructively with the Premier League, the wider industry and Ofcom to ensure a better deal for football fans."

Virgin Media argued that viewers were getting a raw deal in Blighty, where only 41 per cent of matches are made available for live television broadcast under the current deal with the Premier League.

Ofcom said it would use powers under the Competition Act to conduct its investigation to determine whether a breach had occurred that may have restricted or distorted the market.

The watchdog added that the probe was at its initial stage and said it was yet to decide if a statement of objections should be issued.

Virgin Media moaned that the arrangements the Premier League had in place for the "collective" selling of live UK telly rights involving matches played by its member clubs were allegedly violating competition law.

The cable company further claimed that the deal inflated prices for subscribers to pay-TV packages.

Ofcom said that, as part of its probe, it will be seeking the views of supporters' group that represent football fans. The regulator added that it was "mindful of the likely timing of the next auction of live UK audio-visual media rights, and is open to discussion with the Premier League about its plans."

Ofcom has stated that this is at an early stage and it has not reached a view as to whether there is sufficient evidence of any infringement.

The Premier League currently sells its audio-visual rights in a way that is compatible with UK and EU competition law and will continue to do so.

We will be able to demonstrate that as part of this process.

BT and Sky, which each pay out hundreds of millions of pounds for Premier League football TV rights in the UK, declined to comment on this story when approached by El Reg. ®

Sorry your broadband is crap, Ronaldo needs a new Jag

It's a mystery how they found out. Call Sherlock

Any promises to extend rights of self-employed might win an election, hint Brit freelancer orgs