I had hoped the Note 4 would use exactly the same camera as the S5 but it seems to lack the rapid phase-detection autofocus system found in the latter. It’s still a major leap forward from the Note 3 though and takes a pretty decent picture. Low light photography is improved by the presence of optical image stabilisation, a feature new to the Note range. The dual LED-flash system isn't half bad and proved well up to the task of illuminating a totally dark room. 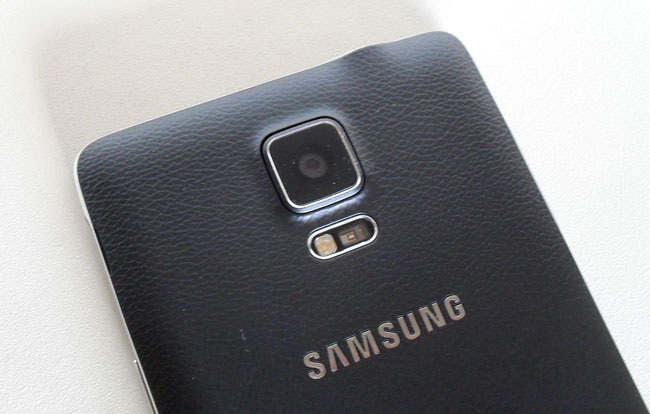 A little strangely, the Note 4 makes do with a USB 2.0 connector rather than the Note 3’s 3.0. Either Samsung’s market research suggested that USB 3.0 isn’t a concern to users or it saw its removal as a power-saving measure. There’s no water or dust resistance either and the IR gesture sensor of the Note 3 seems to have vanished, so the Note 4 doesn't have the air gestures. And just after I’d become used to waving my hand over Motorola Moto X.

The biggest change though is in build quality. Previous Notes have all been just a little plasticky but the 4 looks and feels altogether less so. Stylistically it takes its cues from the Samsung Galaxy Alpha reviewed recently, with a slab-sided metal frame complete with bumper-ish flares at all the four corners. The clip-off back (under which you’ll find SIM, memory card and battery bays) is still made of faux-leather plastic but it’s the most convincing faux leather Samsung has cooked up to date and ditches the imitation stitching which was a faux too far. 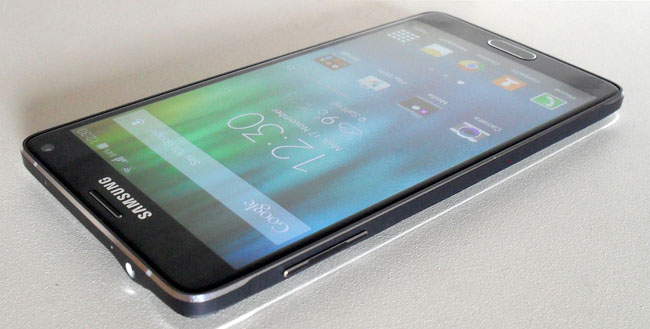 The only downside of the Note 4’s design is the narrow gap where the slightly curved Gorilla Glass 3 screen meets the metal frame. It’s not a deal breaker and the gap certainly isn’t wide enough to trap dust or other sundry detritus but it looks a little unresolved when compared to the new Motorola Moto X which has a glass that meets the frame in the vertical rather than horizontal.

When it comes to sound the Note 4 continues Samsung’s occasional habit of sticking a single solitary speaker around the back looking to all the world like something of an afterthought. The Note 4’s speaker may not be the most accomplished on the market, the bass is noticeable only by it’s absence, but stuff me it’s loud. Really loud. And clear too. If you want a mobe to annoy people on the bus or Tube with then this is most certainly the device for you. 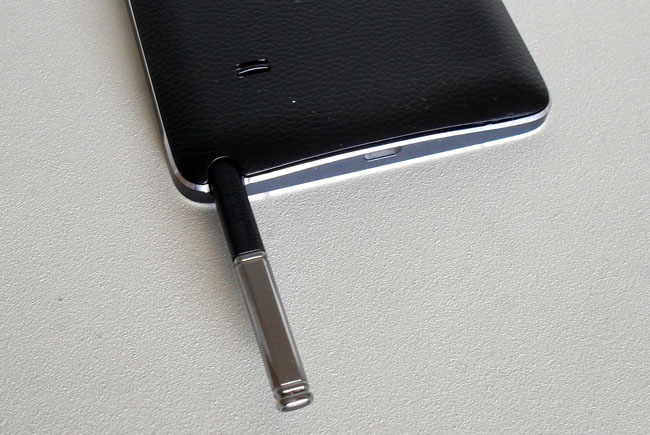 Pull out pen for those neat tricks of Note

Of course, being a Note device means you get a stylus or S Pen. For the Note 4 the pen has been redesigned to be slimmer while retaining the same elliptical shape. The slimmer body could have made it hard to handle but Samsung has sidestepped this by adding ridges to the pen’s barrel which improve grip. Samsung has also used an improved Wacom digitiser. The new digitiser can apparently recognise 2,048 different pressure levels, twice the number of the old one.

Next page: Ringing the changes
Page: