4TB of home storage is great, until you wake up to a dead device

It is “your personalised cloud” says the puff for the Seagate Central NAS. “All your videos, music, photos and documents stored on one device.”

What’s wrong with this picture? If that “one device” breaks, you had better have a backup or you can lose a lot of stuff. 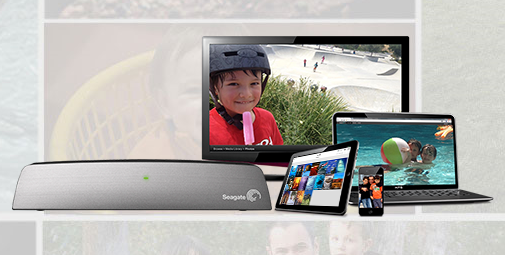 I have a Seagate Central 4TB that has been sitting happily in the corner for 18 months. I know better than to put critical data on there, but it has been a handy dumping ground for things like large downloads that I just might need again, backups of old PCs, photos and videos. It was not a fast device, but it worked, though I noticed that it ran a bit hot.

I came down one morning to find it dead. You plug in the power and nothing happens. At this point you may realise that there are a few things on there that would be annoying to lose. Warranties are useless in this scenario, since even if you are covered, you will get an empty replacement, kissing goodbye to your data. Probably, though, the drive is fine, and it's just the electronics that are fried.

This proved to be the case. Disassembly was not hard; essentially you just pry the thing apart. If you take care you can probably reassemble successfully too. No need to take the rubber feet off. There are a couple of screws in the base and four that hold the drive in place, following which the drive slides out. Mine is a Barracuda 4000GB Sata drive, which you can connect to any modern PC. 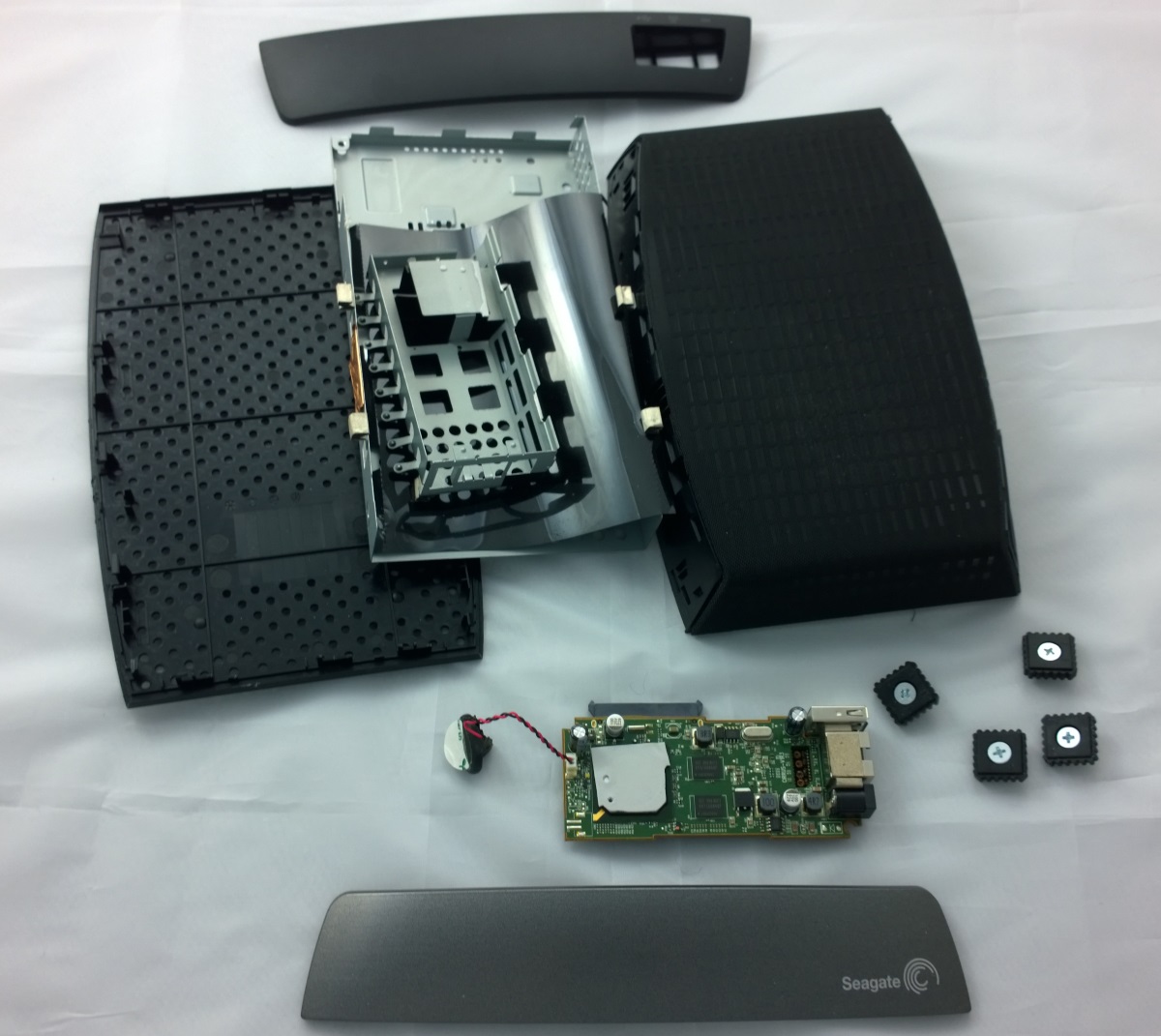 The enclosure was not difficult to pry apart

You can connect it, but can you read the data? The annoyance is that this thing uses a 64K block size, not supported by most x86 Linux distributions. This meant that when I booted up Ubuntu with the drive connected, it was impossible to mount its ext4 filesystem. You can read all about one user’s similar experience here.

There are a couple of workarounds. The fuseext2 module lets you mount the file system - as documented in the post referenced above, though my drive is lvm, which means a slightly different mount command - but in my case it was too slow to be usable. The system appeared to hang and I lost patience wondering if in fact the Nautilus file manager would show me the files in a few hours. Another utility, e2tools, lets you access the data, as will R-Linux, though you may lose the directory structure.

Another option – probably the least painful – is to buy another Seagate Central and switch the drives, though it must hurt to re-purchase an product that has let you down. I am lucky of course; if the drive itself fails, recovery is much harder.

Seagate points customers to its Data Recovery service, which includes File Recovery software that as far as I can tell works only with Windows and Mac file systems, or “in-lab data recovery”. I was quoted just over £500, presuming more than 70 per cent of the data is recovered – not unreasonable in the context of typical data recovery services, but several times more than the cost of the drive. You will not find any guidance on Seagate’s site or community forums.

It would be nice if Seagate would provide a utility that allows you to copy the data from one of these drives after its enclosure has failed, but the real problem is that all these devices are accidents waiting to happen unless users understand about backup. That is especially true of single-drive devices that therefore lack any resilience against hardware failure.

The cloud has its problems, but you are less likely to lose data on OneDrive or DropBox than to wake up and discover that your home NAS has gone clunk in the night.

All your videos, music, photos and documents stored on one device? Buyer beware. ®