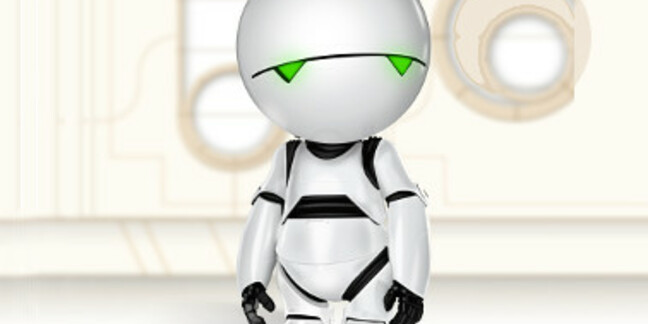 Poll Vulture Weekend brings you this poll, after Reg reader Cassie got in touch to tell us about a really neat timeline depicting the evolution of robots in film.

We couldn't help but wonder what other Reg readers would think about the robots that made it onto the list, as well as the ones that didn't make the cut.

Naturally, this led to us posing the question, which was the best 'bot ever to appear on film?

Could it be, and should it be False Maria from Fritz Lang's seminal, 1927 masterpiece Metropolis?

Or does a creepy, milky-mouthed and catty Ash from Ridley Scott's 1979 movie Alien deserve the accolade?

And how can we forget the odd couple double act of C3PO and R2D2 from Star Wars (1979) or, indeed, the ruthless Gunslinger from Westworld (1973)?

In fact, it would seem, to your correspondent at least, that the '70s was a tough decade to beat in the race to be Earth's Ultimate Celluloid Robot.

The timeline posted over on WebHostingBuzz has some glaring gaps that need to be filled in, we're sure you'll agree.

And, The Register, perhaps controversially, couldn't resist slipping in a mention for plucky probot Philae, which recently lit up all of our screens as it landed on a speeding cosmic-rock. We're quite sure you'll have plenty to say about this last-minute inclusion on the list. After all, that wasn't a work of fiction, right?

Plus: Interstellar's TARS also gets the nod.

So, without further ado, get to it before Marvin moans about feeling rather depressed ...

Gizmo axed because it wasn't good enough, ran too hot

Gemalto friendzones Atos: We're with Thales now, get the hint

Jupiter Ascending – a literally laughable train wreck of a film

Watching the election, so you don't have to