What really shortens lives? Reading this sort of crap in the papers

Worstall @ the Weekend I often wonder why it is that people bother publishing “research” papers that are obviously incorrect. Is it that they're getting paid to spout bollocks? 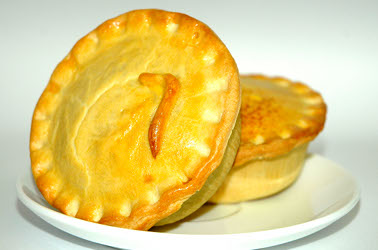 So who ate all of these? Tax payers mainly

Or, is there some thought that we're all too stupid to realise that they're teabagging great big hairy ones at us? The latest example of this practice that causes me ire is a report from McKinsey on the subject of obesity. It's already had one bucket of cold water in these pages, but one bucket isn't enough for something this awful.

You'll have seen it in every paper shouting that we're all going to die of being great blobs of fat and that something must be done right now. The problem is that this report is just wrong. We can tell that in the very first point of the briefing at the beginning (a briefing being what they expect the journalists to read as we're all far too important to even read Executive Summaries):

In the United Kingdom such a program could reverse rising obesity, saving about $1.2bn a year for the National Health Service.

That's the most unmitigated nonsense spouted since someone inferred that Ed Miliband was electable. It's also simply not true. For it's a well known point in healthcare circles that fatty lardbuckets do not cost the health service money. Nor, as a matter of fact, do topers nor smokers.

Sure, all get medical treatment because they've paid their taxes - in the case of the smokers and boozers, a lot more taxes than teetotal nonsmokers, though the fatties get their pies tax-free - and why shouldn't they? And, true, some of that medical treatment will be for things brought on by their gorging, swilling and fuming. But the NHS treats someone for life. And if that life is shorter as a result of personal habits then healthcare needs to be supplied for a lower number of years.

This could go either way of course: perhaps the treatment costs are higher than that saved by not spending in those extra years? But that's not actually how it pans out:

Although effective obesity prevention leads to a decrease in costs of obesity-related diseases, this decrease is offset by cost increases due to diseases unrelated to obesity in life-years gained. Obesity prevention may be an important and cost-effective way of improving public health, but it is not a cure for increasing health expenditures.

The same is even more true of smokers:

Because of differences in life expectancy, however, lifetime health expenditure was highest among healthy-living people and lowest for smokers.

This is something that Professor Doll noted around and about the time that he proved the connection between lung cancer and the cancer sticks. Those cancer sufferers tend to die an early and cheap death meaning many years of not having to give them hip replacements nor care for them in their senile years.

And if they're wrong in their very first attempt at a factual statement in their report then perhaps you can understand why I get so irate at these sorts of things. And it's not as if the people at McKinsey are actually stupid, so why are they doing it?

That isn't all that they get wrong in this paper, of course it isn't. They also get hopelessly confused about the difference between public costs and private costs. They tell us, for example, that the global cost of obesity is $2.8tn, equal to the costs of smoking or of armed violence, war and terrorism. An entirely absurd claim.

War and violence do have a high cost in this sense. They have a war, the terrorists blow up a plane, people who were simply bystanders end up dead. And we have an idea of the statistical value of a life, in the $5 to $9 million range depending upon who you consult. So, for every rich westerner who gets killed as a bystander that's the loss associated with each life (yes, poor peoples' lives are valued more lowly in this).

And that's a private cost too: private to the person who has lost that life. For our value of a statistical life is that private cost to that person losing it. The public cost of war is the taxes we've got to pay to fight it and the taxes we've got to pay to clean up afterwards. However the McKinsey people also add the tax money we would spend on maintaining our military anyway, war or no war. According to them, the changing of the guard at Buckingham Palace, Trooping the Colour, all of that is "armed violence".

Next page: We used to burn a lot of food just keeping warm, remember
Page:
Corrections Send us news
105 Comments

Tony Benn, daddy of Brit IT biz ICL and pro-tech politician, dies at 88

UK's Virgin Media celebrates the end of 2019 with a good, old fashioned TITSUP*

Connectivity Cluedo: It was the hi-vis, in the building site, with the digger

It's Galileo Groundhog Day! You can keep asking the same question, but it won't change the answer

Secrets in Seattle: Apple opening base on Microsoft's doorstep

'No deal better than bad deal' approach to Brexit 'unsubstantiated'