Flash WORM has a serious use for archived photos and videos

Intel is well behind the curve with its 10TB flash drive, slated for 2016, claims a SanDisk enterprise storage bigwig, adding that the flash memory storage provider will have a 16TB drive by then.

Brian Cox, SanDisk’s senior director in marketing for enterprise storage, said the company's 4TB drive technology would develop at a 2X/year capacity pace, with an 8TB drive next year, and 16TB in 2016.

What did he think of Intel's 10TB drive news? “I think it'll be late," he said, while talking to El Reg at a recent Gartner Data Centre Summit in London.

Cox also sees a flash WORM (Write Once Read Many) use case with archived photos and videos for Facebook, Flickr and NetFlix. TLC flash can be used as the archived data is not rewritten and the technology's write endurance limitations don’t matter so much.

The implication we draw from this is that we could see, in theory, a 24TB TLC SSD from SanDisk in two years or so. 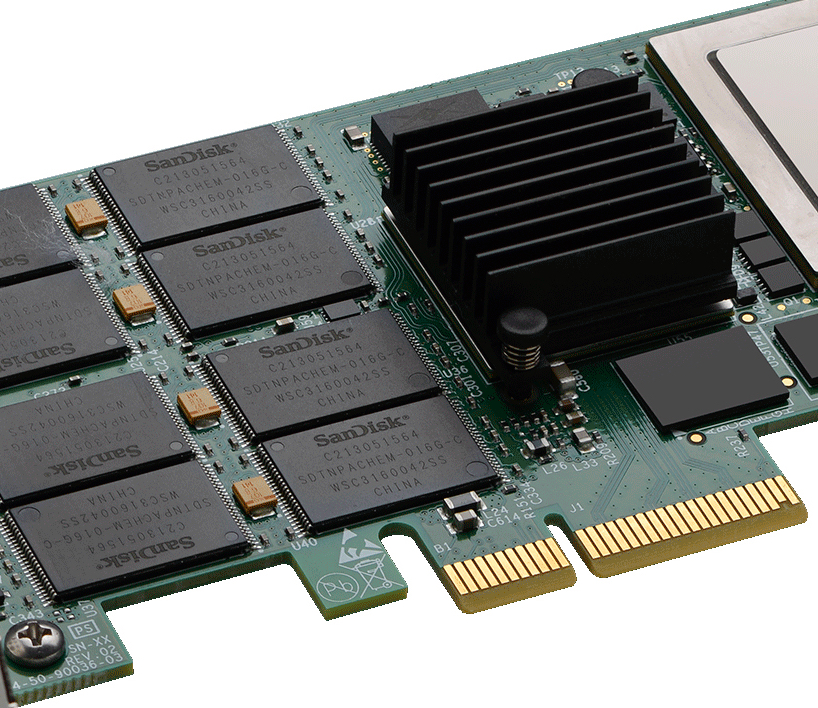 El Reg thinks that cost/GB balanced (when put against faster access than spun-down disk also tape) will be crucial. How much extra will customers be willing to pay for the faster access and hence better user experience? Will, for example, tape 2 x $/GB be acceptable when data access latency is in microseconds and not seconds? What is an acceptable premium?

When SanDisk bought Fusion-io it obtained PCIe flash hardware and software and also the ioControl hybrid array products that Fusion-io acquired when it bought Nexgen.

These compete with hybrid arrays sold by various SanDisk partners. SanDisk values these partnerships more highly than it does ioControl array revenues, and "we’re not actively promoting it," said Cox.

There is a second Fusion-io array product, the all-flash IO Accelerator, and this is being sold to SanDisk OEMs. Dell takes it and sells it as the Dell Application Accelerator for Database.

El Reg thinks that the ioControl product may gently fade away unless SanDisk can find an OEM interested in taking it. We'll see.

3D NAND and other matters

BiCS (Bit Cost Scalable NAND) is SanDisk’s 3D NAND technology. It will be used instead of current 2D or planar NAND when it makes economic sense. Cox estimates it's a couple of years or so away, and claims TLC BiCS implementations will come along eventually.

Cox wouldn’t comment about the ongoing IP infringement lawsuit between NetList and Diablo Technologies, from who SanDisks acquires technology for its ULLtraDIMM product. This product offers lower data access latency than PCIe flash, and SanDisk lists Lenovo, Supermicro and Huawei as OEM customers taking the product.

Does SanDisk have an exclusivity agreement with Diablo? Cox wouldn’t be drawn on that topic.

Overall, he said, SanDisk’s data centre flash product business is the fastest growing part of SanDisk’s revenues. Listening to him it became clearer that Intel, Seagate, WD, Micron, and Samsung better be paying close attention to what this flash foundry-to-SSD HW and SW supplier is getting up to.

It thinks its technology is good, can be developed further, and sees its role as an application acceleration company. Take it seriously.®