FTC: Sony told big fat WHOPPERS in its PlayStation Vita ads – and now it has to pay

Settlement with games giant could land you a few dollars 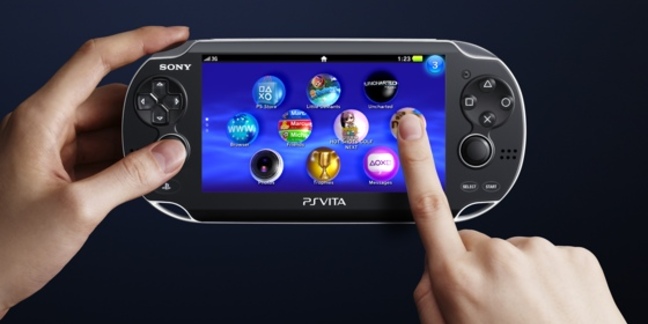 Sony will dish out cash and vouchers to PlayStation Vita gamers following allegations its ads for the handheld console were lies.

Commissioners at US trade watchdog the FTC voted five to none to approve the refunds after it was claimed the toy's ad campaign in late 2011 and early 2012 was misleading. The Vita went on sale in North America in February 2012.

The adverts claimed players who tore themselves away from their PlayStation 3 consoles could carry on playing their games on the Vita without interruption, and save their progress via a "cross-save" feature.

The reality was rather different, says the FTC: only a few games allowed this kind of multi-platform gaming, and with some the cross-save feature was only available after the PS3 game was completed by the player. The adverts also neglected to mention that to activate the function, you would need to buy one copy for the console, one for the handheld, and keep both synced.

The advertising campaign highlighted the joys of playing multiplayer games on the Vita anywhere with a 3G connection, which Sony would be happy to sell you for an additional $50 plus monthly mobile fees. The FTC found live multiplayer was nigh-on impossible through the cellular connection, though.

Sony and its ad agency were caught up in a specific fib, it's claimed, by boasting you could play Killzone 3 on a PS3 using Vita. The game never had remote playing as a feature, the FTC found, and precious few other games did either.

"As we enter the year's biggest shopping period, companies need to be reminded that if they make product promises to consumers -- as Sony did with the 'game changing' features of its PS Vita - they must deliver on those pledges," said Jessica Rich, director of the FTC's Bureau of Consumer Protection, on Tuesday. "The FTC will not hesitate to act on behalf of consumers when companies or advertisers make false product claims."

Once the settlement between Sony and the watchdog is given its final approval by the commissioners in January, those who bought the Vita console in America before June 1, 2012 will be entitled to either $25 in cash from Sony, or a $50 voucher. Not much for a $250 system, but better than a poke in the eye with a blunt stick. You have until December 29 to comment on the refund deal.

Sony's advertising agency Deutsch LA was also rapped by the FTC for its conduct in the advertising campaign.

The FTC uncovered company-wide emails sent to staff urging them to use their Twitter accounts to build buzz around the Vita launch using the #gamechanger hashtag. Doing this without disclosing a connection to Sony was a breach of the FTC's endorsement guidelines and as a result Deutsch LA must promise not to do it again.

Sony must also promise not to repeat its controversial Vita ads, either.

This FTC ruling aside, the Japanese electronics giant has run into other problems this week with another Vita advertising campaign – this time over claims it's sexist.

In the latest campaign, a toothsome female doctor reassures the viewer in sultry that it's OK to "do it," as often and whenever you like. In a shock reversal (to those with a mental age of five or less) it turns out she's not talking about self-pleasuring but remote playing on the PlayStation Vita in conjunction with the PlayStation 4 – a remote playing system which works somewhat better than its PS3 cousin.

Sony put the video on the web on Friday in Europe, but yanked it offline sharpish after it started to get criticism that the advert was overly loaded with innuendo. This despite the fact a Call of Duty ad for the Xbox 360 made more or less the same joke, albeit using a fat old man. 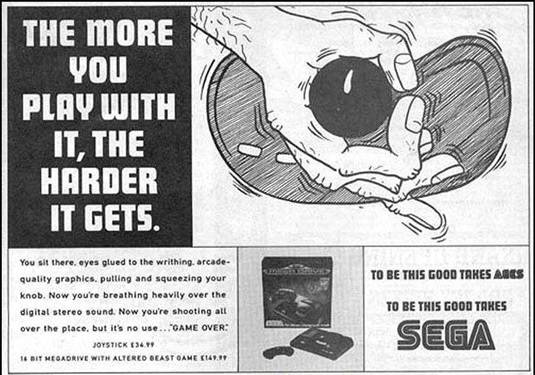