I'll be back (and forward): Hollywood's time travel tribulations

Quick, call the Time Cops to sort out this paradox!

Androids can remember for you wholesale 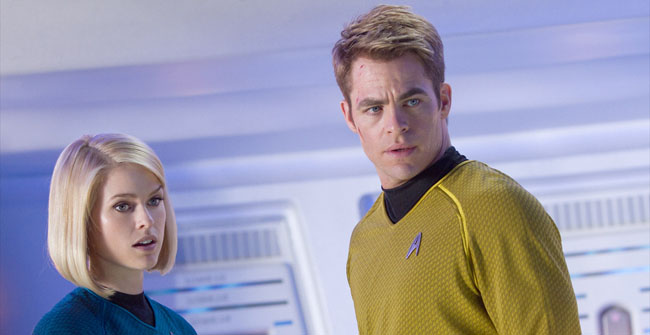 12 Monkeys (1995) (now to be a TV series) deals with time travel through a non-linear narrative and an imprecise time machine. Trying to save humanity from a deadly man-made virus, Bruce Willis’s James Cole questions his own sanity, as Terry Gilliam’s plot alludes to time travel as false memories, problems as humans use technology for communication (phone messages left by people from the future in the past, heard in the future), and questions the very nature of reality. This reminds me of the writing of Philip K Dick.

Speaking of monkeys, I would be remiss not to mention 1963's Planet of the Apes, which uses Einstein’s Theory of Relativity and the idea of time dilation to transport Charlton Heston to that woeful beach.

Bill and Ted's Excellent Adventure (1989) is travel through time and space to cherry pick historical figures for homework, and I wish my students would exhibit such chutzpah. Using a time machine in the form of a telephone box (surely Dr Who could prosecute?) I suspect these historical figures would instantly be missed and there should have been some resulting change the course of history?

Revisiting the dropping-in-and-out-of-time idea, Terry Gilliam’s Time Bandits (1981) sees schoolboy Kevin and his de facto family of dwarves, once employed to fix holes in the space-time fabric, scavenging through time to try to make their fortune. Later, time travel comedies become scary and get all post-modern, such as The League of Gentlemen Apocalypse (2005) or the slightly seedy Hot Tub Time Machine (2010) where spilling an illegal Russian energy drink (Chernobyl) creates a temporal vortex and things get a bit Oedipal.

The Predestination Paradox involves reliving the same day again and again until you manage to change something. One of the aspects I love most about Groundhog Day from 1993 is that no one ever feels the need to try to explain Bill Murray’s time travel. I wish the same could be said for the Edge of Tomorrow, from earlier this year, which takes its time-travel-through-alien-blood premise far too seriously.

Time travel in horror is an option epitomised by Army of Darkness (1992), directed by Sam Rami in his prime and starring the indomitable Bruce Campbell. Ash is dragged through a time portal to the year 1300 to fight the hordes of evil with a chainsaw for an arm. Time travel films don’t get much better or bloodier than this.

Throwing away a whole timeline isn’t easy, but JJ Abrams' commercially successful reboot of the Star Trek (2009) franchise used time travel as a way to re-introduce old characters without upsetting everyone. As a result of intervention from the future, a young Kirk, Spock, and the rest of the original series Enterprise crew will now follow a different timeline through what will no doubt be a number of sequels.

Successful time travel films should transport you from the drudgery of daily life into the realm of “what if". Screen writers are not physicists as I’m sure will be apparent with Michael Bay's found footage time travel Project Almanac (2014) effort.

That said, all screen writers can hope is that their movies are so immersive that you won’t notice, or at least forgive the massive inconsistencies and plot holes. ®