Beyond the genome: YOU'VE BEEN DECODED, again

Welcome to the world of the proteome

The human genome project was completed in April 2003 - we are currently the only species known to have deciphered its own code. Our genome is the code that defines us. In one sense we all share the human genome, but each of us has our own unique version (which is what makes us individuals and not clones) and a copy is to be found in every cell of our bodies.

Technically, the genome is held in the nucleus of the cell and not all cells have a nucleus (red blood cells do not, for instance), so it's more accurate to refer to “every nucleated cell of our bodies". Also, identical twins share genomes so the genome isn’t unique for every single individual.

The HGP was a massive effort, excellently documented by Nobel prize winner John Sulston and Georgina Ferry in The Common Thread: A Story of Science, Politics, Ethics and the Human Genome.

Genes are simply the blueprint of the body, so when you become ill, the blueprint isn’t affected but your proteins are. Drugs that we take to cure illness or ameliorate symptoms do not work on your genes, they interfere (in a good way) with your proteins

I, and many other people, regard the HGP as one of the major pinnacles of scientific achievement. The guys who did it were working right at the forefront of what could be achieved at the time - both in terms of the biology and the computing. Not only that, they ensured that the rights to the human genome belong to all of us and not to a corporation (it was a close run thing, but read the book for more info.)

The HGP was also heralded as work that would change medicine forever by opening the floodgates for a whole new range of drugs and treatments. So why hasn’t this happened yet? The simple answer is that most illnesses don’t attack the genome, they attack the proteome.

What’s the proteome? Well, it's the sum total of all of the proteins in your body. So when you look at me you see the proteome not the genome. We can also say that the proteome is the expression of the genome because our genes tell our body what proteins to make and proteins are the functional molecules in a human body. 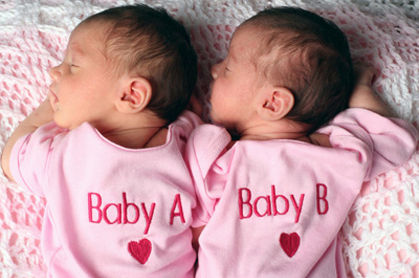 The genome isn’t unique for every single individual (twins), but it’s still the code that defines us

Your hair and muscles are protein; more importantly the enzymes that catalyse the reactions in your body are proteins. The genes are simply the blueprint of the body so when you become ill, the blueprint isn’t affected but your proteins are. Drugs that we take to cure illness or ameliorate symptoms do not work on your genes, they interfere (in a good way) with your proteins.

You might think that if we know your genome we would know your proteome but it turns out (inevitably) to be more complex than that. For example, your nose cells have the same genome as your liver cells but the two organs look and function very differently. Why? Each cell in the body has the same 25,000(ish) genes but in any one cell, at any one time, only about 17,000(ish) of those genes are being read into proteins.

How many permutations of 17,000 can be taken from 25,000? No, I don’t know the exact number but we can safely agree on “lots” and that is where the diversity of the proteome originates. And it gets better (or worse, depending on your viewpoint) because the proteome of an individual cell can vary over time and with the prevailing conditions - what you eat, when you sleep, and so on.

Next page: Spinning with the spectrometer
Page:
Tips and corrections
51 Comments