At least it's not another smartwatch

China's Baidu is often compared to Google: it runs a dominant search engine and is tacking on related services at a brisk pace.

Now the company is even following Google into the provision of odd bicycle-related projects.

Baidu's DuBike is a lot easier to understand than Google's investment in cycle-powered monorail venture Shweeb. The DuBike appears to be a rather more conventional vehicle, save for the inclusion of a suite of sensors that use Bluetooth to beam information on speed and cadence to an Android-powered smartphone.

There's also an on-board power generator said to run the bike's various systems, which include lots of lights, heart-rate sensors embedded in the handle-bars, plus cadence and power sensors and even the chance to charge your phone or other gadgets while you ride. Charging on the fly is by no means a new trick, but the saddle pressure measurement mentioned in this video of the bike is rather out of the ordinary. 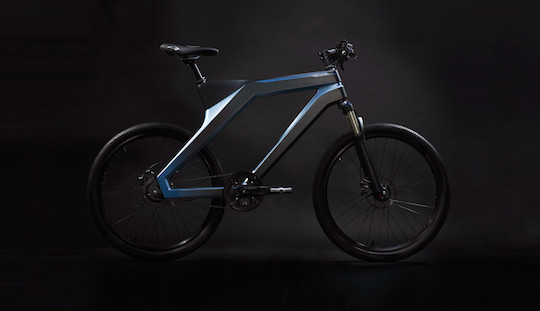 The pushie's design looks to be land somewhere between a flat-bar road bike and the kind of semi-slick-tyre-equipped mountain bike often suggested as a usefully rugged urban cruiser. Which makes the presence of a cadence sensor a little odd until one considers that fitness-measurement apps – which Baidu offers – mean just about everyone is now being told it's good to monitor their workouts.

The DuBike is due to debut in December. Prices aren't yet being discussed. ®