A good deal of folk aware of NSA leaker Edward Snowden have improved the security of their online activity after learning of his exploits, a large survey has found.

Researchers from think tank The Centre for International Governance Innovation collected responses from 23,376 users between October and November and found 60 percent had heard of Snowden.

Among respondents, 39 per cent "have taken steps to protect their online privacy and security as a result of [Snowden's] revelations." 43 per cent have "now avoid certain websites and applications and 39% now change their passwords regularly," the survey finds.

About 1000 users responded from each of the 24 countries polled.

Just over half of responding Australians knew of Snowden, far behind the three quarters of Britons and nearly all Germans.

About a quarter of Antipodeans had done something to make the work of the Australian Signals Directorate harder, compared to roughly a third of those in the UK and US. 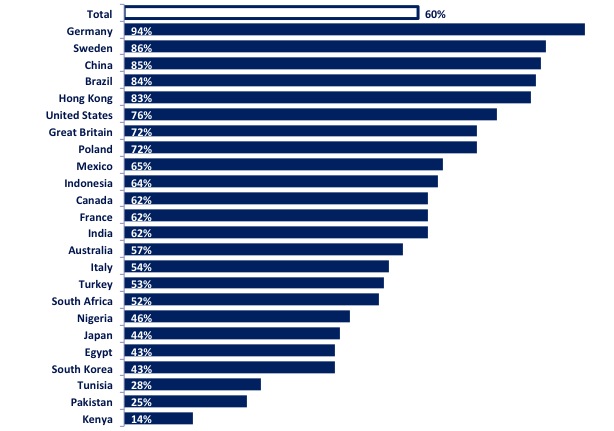 Have you heard of Ed?

Security education is a tough gig: The Reg has been hearing the "better security comes from people, processes and technology" mantra for over a decade. Endless recitation of that message, and education campaigns galore, sometimes seem not to have much effect as weak passwords remain pitifully prevalent and scams proliferate daily.

Snowden prompting four in ten of those surveyed - and more in places like India, Mexico and China - to take security more seriously is therefore a big win.

The research also touched on internet governance, reporting that no-one trusts anyone to run the internet although a cushy collection of NGOs, tech companies and engineers garnered 57 per cent of votes. About a third said the US should play an important role, but of these around three percent of punters in Western countries had complete faith in the US. Even patriots could only muster eight percent to the full confidence vote.

Readers can read the findings complete with a raw data fix online. ®