Eat FATTY FOODS to stay THIN. They might even help your heart

Why gov food advice might have been wrong all along

Have our health authorities been spouting unscientific nonsense for the last few decades? Dr Pan Pantziarka looks at whether official advice on fatty foods has been wrong all along. 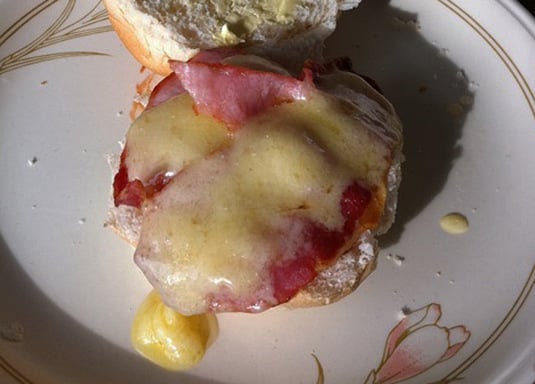 A reduction in dietary fat consumption, especially saturated fat, has been the cornerstone of official dietary advice for as long as most of us can remember.

Saturated fats are primarily animal fats, including dairy fat – think cheese, butter, lard, eggs – and from a few vegetable sources such as coconut oil. The NHS Live Well website lists reduction in saturated fats as a key objective, suggesting that: “Eating a diet that is high in saturated fat can raise the level of cholesterol in the blood. Having high cholesterol increases the risk of heart disease.”

The guideline is for no more than 30g of saturated fat a day for men and 20g a day for women. The Dietary Guidelines for Americans suggests saturated fat supplies less than 10 per cent of daily calories.

The rationale is that saturated fats are associated with obesity and risk factors for cardiovascular disease. This is effectively the consensus opinion from government health agencies across much of the world, not just the UK and US.

Does the evidence support this advice? The obvious point is to ask what evidence there is for the core idea that reducing dietary saturated fat intake makes a difference to health. The answer is that there’s not much.

A good place to start is to look at the evidence from clinical trials where dietary fat intake has been modified to see what it does in terms of health and those cardiovascular risk factors. What we’re interested in is human data here, not animal models. More than that, we’re interested not in the molecular effects or the variation in differing serum lipid fractions; we’re interested in actual health outcomes.

Luckily some of the hard work in looking at the data has been done for us by the good people at the Cochrane Collaboration, a global not-for-profit project involving thousands of scientists working to analyse data and perform systematic reviews of evidence in medicine.

In all, the data covered 48 randomised clinical trials, and the headline result is plain – there is no clear effect of dietary fat changes on total mortality or cardiovascular mortality.

The Cochrane Heart Group have carried out a meta-analysis of clinical trials that looked at both dietary fat reduction and modification to see what effect these had in cardiovascular disease. Where the meaning of fat reduction is clear, fat modification means swapping the relative share of types of fat (saturated, polyunsaturated and monounsaturated) in the diet.

The review looked at the data from large interventional trials that tracked health outcomes over a reasonably span of time ( more than six months). In all the data covered 48 randomised clinical trials, and the headline result is plain – there is no clear effect of dietary fat changes on total mortality or cardiovascular mortality.

Unpacking this result to get at the detail shows the effect is down to a reduction in risk of men who modify fat intake for more than two years, though it’s not clear what the specific modification should be. While this is certainly a reduction in risk – albeit modest – for a specific population, it is hardly indicative of a major problem in the population at large. And looking at secondary measures, such as cancer incidence or mortality, it appears that dietary fat reduction or modification has minimal effect.

Next page: The food route to reduced cardiovascular risk
Page: