Eat FATTY FOODS to stay THIN. They might even help your heart

Why gov food advice might have been wrong all along 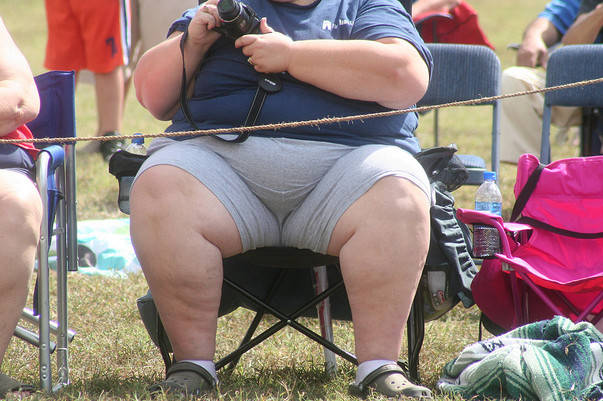 Caused by stuffing your face or not exercising enough?

This Cochrane review, last updated in 2012, is not the only one. A more recent, and highly controversial, meta-analysis published in 2014 came to similar conclusions, though not without concerns raised about some of the methodology.

Be that as it may, say you want to lose a few pounds and at the same time reduce your cardiovascular risk factors along the lines of the dietary advice, is there anything we can learn from the data? A couple of recent clinical studies shed more light on the matter.

A team led by Lydia Bazzano and Tian Hu, at Tulane University in New Orleans, conducted a clinical trial in 148 adults without diabetes or cardiovascular disease but at the high end of the BMI scale (30 – 45 kg/m2). One group followed a low carbohydrate diet (less than 40g of carbs a day) and the other followed a low fat diet (less than 35 per cent calories from fat, and less than seven per cent from saturated fat).

Note that both diets are pretty aggressive, and that the low fat diet reduces the saturated fat quite considerably. The trial followed the two groups for a year, and as you’d expect there was a certain degree of dropping out – around 20 per cent in each case. The metrics of interest in the trial are weight loss and cardiovascular risk factors – not disease end points such as heart attacks or strokes.

Waist sizes shrink more with the low carb diet than the low fat diet – though not to a statistically significant extent. In terms of health risk factors, there’s a mix of results.

At the end of the year both groups had lost weight, though the low-carb group experienced a greater reduction, losing 5.3kg versus – 1.8kg, the difference of 3.5kg being statistically significant. And it’s not just the weight, the waist sizes shrink more with the low carb diet than the low fat diet – though not to a statistically significant extent.

In terms of health risk factors, there’s a mix of results. In many cases the differences between the groups are minor or not statistically significant – for example total cholesterol. But when it comes to measures of inflammation, the C-reactive protein level has gone up for the low fat group (not good), but down for the low carb group (good) – the difference is most definitely significant.

The total–HDL cholesterol ratio also shows a statistically significant greater drop in the low-carb group compared to the low-fat group. Overall then, according to these results, the low carb diet produced a greater reduction in weight and in risk factors than switching to a low fat diet with very low saturated fats.

In fact the authors of the study performed a calculation of the 10-year-heart-attack risk, (using an algorithm called the Framingham risk score), and showed that the low carb group reduced their risk by a statistically significant amount, whereas there was no change in the low fat group.

Obviously this is one trial and while the sample size was reasonable, the normal caveats apply. But it is not the only recent study that has something interesting to say. The advice to cut down on saturated fats has largely been based on the idea that circulating saturated fatty acids are associated with increased cardiovascular disease. Therefore cutting down on the intake will lead to lowering the plasma levels. Is this really the case?

Next page: Pushing the data
Page: