We've Had it Oop to here with over-enthusiastic valuations 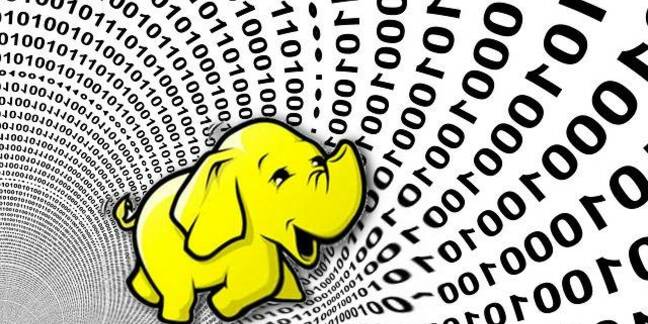 It hopes to raise $78m by flogging six million shares at a cost of between $12 to $14, which roughly works out to a disappointing market valuation of $659m.

Hortonworks builds and distributes a version of the big data storage and analysis engine Apache Hadoop – first developed by Yahoo! from a paper by Google.

Hadoop wrote: "Our mission is to establish Hadoop as the foundational technology of the modern enterprise data architecture." Good luck with that.

At a funding round back in March, Hortonworks raised a total of $100m and achieved a valuation of more than $1bn.

HP ploughed $50m worth of investment into Hortonworks in July.

A rival Hadoop handler called Cloudera raised $160m from investors, including T Rowe Price and Google Ventures, during a funding round in March. ®