Product round-up Much to the dismay of many a sysadmin, Linux is no longer purely the domain of Captain Command-Line and his trusty side-kick Admiral APT. For those looking to make the most of their new-fangled graphics-capable hardware, here’s a selection of freeware to start with, in our case as installed on Ubuntu 14.04:

Neat-freaks and fans of the tin-foil hat will find BleachBit a most welcome addition to their arsenal in the war against unwanted data. If you’ve used CCleaner on Windows platforms, then you’ll be familiar with the concept – just tick the boxes relevant to the clutter that you want gone and BleachBit will see it out the door.

There’s more to it than meets the eye though. BleachBit is also capable of truly getting rid of unwanted data, not just marking it as deleted, but overwriting it with random noise. If you’re not in a hurry, you can go ahead and enable this on all files or run it over every empty sector, but those who value their time can opt to perform such actions on a per-file basis too.

Viruses may not be so prolific in the domain of *nix systems as they are for those who fly the four-quadrant flag, but that’s no reason to put your feet up – there are the odd few nasties out there that do occasionally pose threat to even the wariest of sysadmins. It’s also important to take pity on those who use more vulnerable systems, particularly if you share files with them on a regular basis, for the risk of inadvertently becoming a carrier is high. 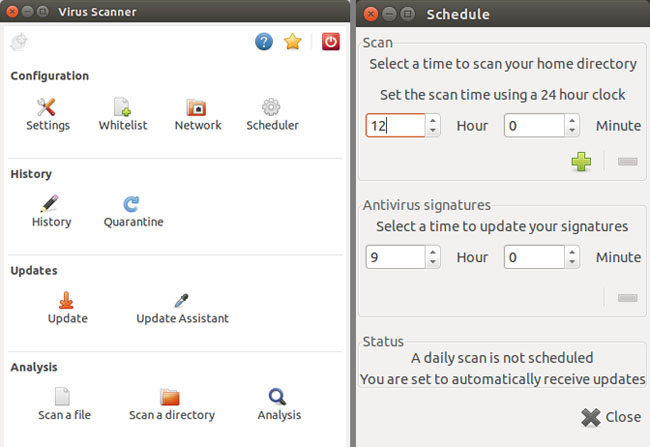 My tool of choice to keep things in check is the venerable ClamAV engine coupled with the simple, user-friendly and effective ClamTK front-end. It gets the job done without any of the nonsense that’s generally associated with antivirus kit, there’s no reason not to have this on your system running in the background.

Open Source Summit After 31 years, a second programming language will be allowed in
OSes16 Sep 2022 | 62