If your one wish in life is for a platform-independent, lightweight IDE that supports every known language under the Sun (and likely some from other star systems), then Geany may just be able to grant it. Don’t go rubbing your screen in the hope of getting anything else though, you’ll likely just end up with funny looks from your colleagues. 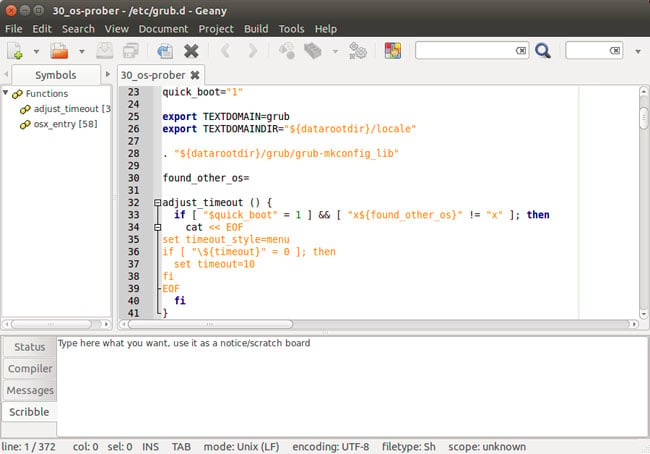 With the sole system requirement of having the GTK2 runtime libraries installed, Geany is quite unlike any of the overinflated IDEs you’re probably used to, particularly if this is your first foray outside of a Microsoft development environment. If you do fancy fleshing it out a bit though, there’s a very active community developing third-party plugins too.

New *nix converts brought into the fold by Ubuntu’s shiny gadgetry may find themselves wondering who on Earth named the “Uncomplicated FireWall” when it requires command-line use to be configured. For the logophobes amongst us, there is the aptly named GUFW, or GUI For Uncomplicated FireWall – those who prefer to work with netfilter/iptables manually should look away now. 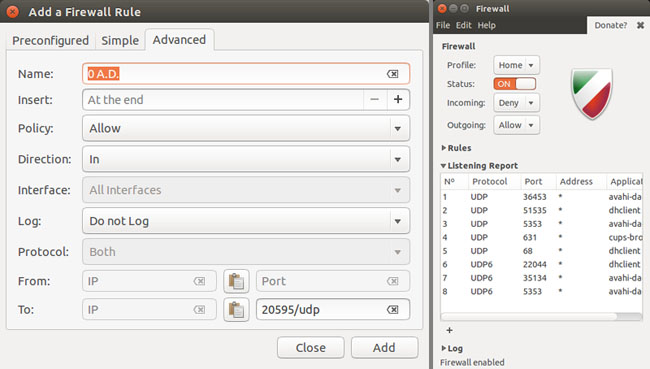 Fear not, though, GUFW doesn’t dumb down or restrict the full underlying capabilities of UFW: the basic configuration options are more easily accessible, but if you want to dig a bit deeper, all of the advanced features are still there. Useful for getting new users secured quickly, but not necessary for everyone.