NASA’s shiny new space shuttle Orion has missed its launch window today, as countdown after countdown was called off amid a number of difficulties. 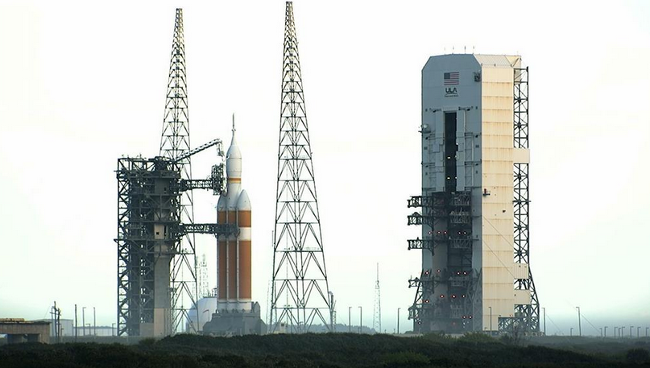 A boat in the red zone of the launch, high ground winds on more than one occasion and a fill and drain valve not closing properly kept the ground crew on tenterhooks throughout the craft’s two-and-a-half hour window, but ultimately the launch was scrubbed.

NASA is hoping to try again to send Orion on its first test flight ETF-1, and a small step towards the long journey to Mars, tomorrow at 12.05pm GMT.

The Apollo successor is the agency’s restart of its manned space exploration programme and hopes to eventually take astronauts to the Moon, Mars and even to land on asteroids.

Before it can do any of that though, it needs to be able to get into space, withstand severe temperatures and radiation issues and get back down again as safely as possible to be used again.

NASA and manufacturer Lockheed Martin are hoping to test a lot of these systems with ETF-1, which is expected to take around four and a half hours.

The unmanned Orion will orbit around 3,600 miles above Earth in order to test how well the craft withstands the radiation under, in and above the lower Van Allen belt. The high elliptical orbit is also necessary to work up the speed to give the heat-shield a real test when it hits Earth’s atmosphere on re-entry.

Going at around 20,000 miles an hour, the craft will need to be able to resist temperatures of up to 4,000 degrees Fahrenheit, a thousand less than Orion would cause on a return trip from the Moon.

The shuttle will then deploy 11 parachutes in the drag landing system that allows it to float safely down onto the Pacific Ocean and be used again. ®