'A strong response from Apple would be a lawsuit' – Steve Jobs

Phablets, not tablets, for fanbois

Going down the phablet route with its iPhone 6 Plus could cost Apple a large portion of its tablet sales, according to research from mobile reader app Pocket. The study suggested that folks who buy big-screened mobes are no longer interested in spending as much time on their tablets.

We live in a day and age where phones have become so big they require a thumb extender and fanny pack to use them.

If this is to be the new normal, we found ourselves wondering how screen size might affect when and where we view the content we’re interested in?

The results showed that iPhone 5S owners spent 55 per cent of their mobile device time on their phone and the rest on their iPads, but owners of the iPhone 6 Plus were on their mobes 80 per cent of the time. Pocket said:

The bigger your phone is, the less you’re going to use your iPad.

[But] there remains one place where tablets still hold reign: your nightstand. Regardless of which iPhone they have, users still reach for their iPads around 9pm for some late-night, bedtime reading. 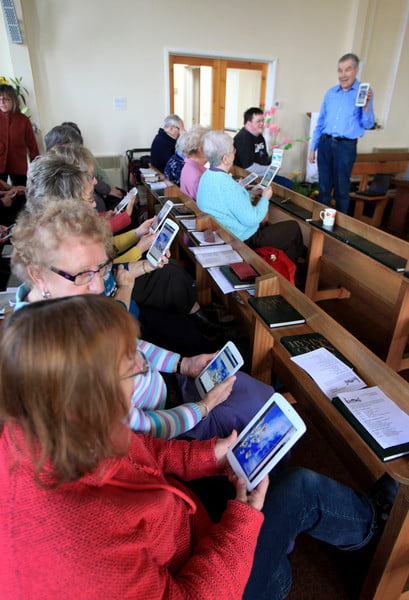 Another high profile voice has spoken out about the rise of the machines - Professor Stephen Hawking. Like Elon Musk, Hawking warns that investing in a full artificial intelligence could be the end for the human race. He told the BBC:

Once humans develop artificial intelligence, it will take off on its own and redesign itself at an ever-increasing rate.

Humans limited by slow biological evolution cannot compete and will be superseded.

And finally, The Reg caught up with XKCD comic writer Randall Munroe, who said that it was important for nerd culture to not get too caught up in itself:

There is a danger of building an identity around the idea of being smart because it is very easy to become off-putting, to become exclusionary. I try not to think about celebrating geek identity or appealing to smart people. That's not a healthy way to look at it.

I bought into the idea of jocks versus nerds for a long time, as I was insecure and prematurely defensive about not being into sport. But at some point you meet people who are excited about it and realise you are cutting yourself off from them.

Take someone like Nate Silver. When he writes about baseball, I can see why he watches it. So maybe I can watch too. It's good to talk about science and be enthusiastic, without trying to build clubs. ®