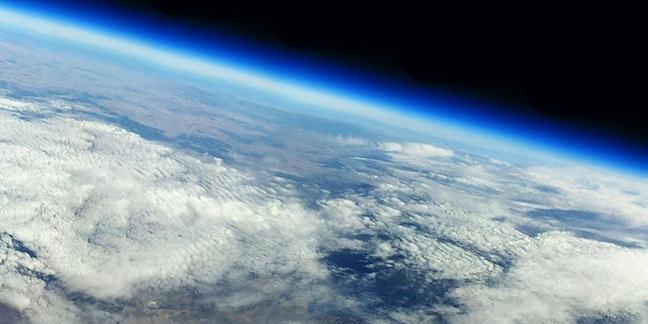 A startup building a "data centre operating system" that owes its existence to a former PHD student has landed $36m in funding from some high-tech high rollers.

Mesosphere landed the cash in a round led by Khosla Ventures with backing from others including Andreessen Horowitz.

This is second shot from Andreessen Horowitz for the fast-moving Mesosphere – based on a 2009 idea from UC Berkeley PHD student Benjamin Hindman and that went industrial in 2010. Former NetScaper wunderkind Marc Andreessen’s put $10m into Mesosphere in June.

There’s a second shot from from Fuel Capital, too – the fund of ex-Microsoft senior vice president Brad Silverberg, who led development and marketing on Windows 3.0 and Windows 95 and worked on versions of Internet Explorer.

The cash brings Mesosphere’s total funding to approximately $50m, but there was no word on where or how the new dollars would be spent.

News of the money came the day Mesosphere released DCOS, its incarnation of its programmable data-centre vision. It's a set of software and services to co-ordinate resources multiple servers and platforms.

DCOS is a distributed systems kernel using a set of core system services including Marathon, Chronos, DNS and HDFS for set up, discovery and storage.

Platforms supported by DCOS include Red Hat, CentOS and Ubuntu, AWS, Microsoft Azure, Google GCE, VMware and OpenStack and it comes with an API and SDK.

As important as Mesos’ knitting together of different VMs, operating systems and apps is the API and tools: these, theoretically, allow code-wranglers to program “to the data centre” as opposed to building for the different component systems.

Khosla reckoned Mesosphere is a “major evolution” in the history of operating systems – the first since Google’s Android – with a “world-class” engineering, product and design team.”

Mesosphere DCOS is the first operating system to successfully package the new model of ‘pooled resources’ — bringing better abstractions and automation to processes that otherwise require too much human oversight and simply do not scale.

Mesosphere's genesis has been break-neck. Founded last year, the firm is building a commercial version of Mesos, an open-source cluster management system.

Hindman conceived of Mesos while studying at UC Berkeley in 2009. He was hired to install it at Twitter in 2010 where it has become a cornerstone. In the meantime, it has also become an open-source Apache project – Apache Mesos. ®