A first look at Google’s Android Studio 1.0: Climbing out of the Eclipse kitchen sink

Neat Android dev tool from Google - but another firm's IDEA

A key feature of Android Studio is a new build system using Gradle, whereas Eclipse projects generally use Apache Ant. Gradle handles dependency management and can be scripted using the Groovy language.

Another highlight is the visual designer, which lets you customise a layout using either XML or drag-and-drop tools. The designer supports theming, including of course themes for Google’s Material Design concept. You can preview layouts in multiple screen sizes in a single view. 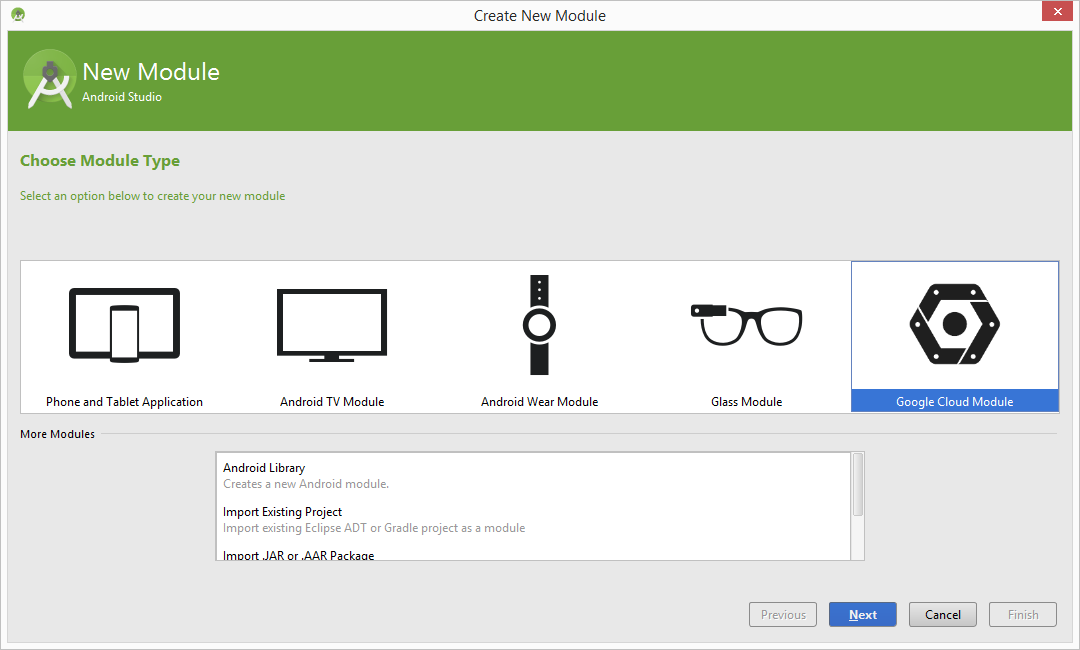 Although Android Studio is for the most part dedicated to Android clients, Google does include support for Google Cloud modules that run on App Engine, the company’s platform-as-a-service offering for server applications written in Java, Python, PHP or Go. You can also use Google Cloud Messaging to push notifications to apps written in Android Studio.

One of the incentives for Google to create its own IDE was to promote integration with its own cloud services, which is why Google Cloud Module appears in the New Module wizard, along with Android TV, Android Wear, Glass, and phone and tablet apps.

Google’s line is that developers should migrate from Eclipse immediately:

If you're currently using Eclipse with ADT, we recommend you migrate to Android Studio as soon as possible, because the ADT plugin for Eclipse is no longer in active development.

There is a project import tool that converts Eclipse projects to Android Studio and creates a suitable Gradle build file.

Android development is smoother and easier with Android Studio, but still has its hassles. The SDK manager remains a key component, frequently asks for SDK updates, and downloads tend to be large and slow to install.

Another hassle for Windows users is that fast Android emulation depends on Intel HAXM (Hardware Accelerated Execution Manager), which is incompatible with Microsoft’s Hyper-V Windows component. Developers either have to uninstall Hyper-V, or put up with slow emulation.

There is currently no support in Android Studio for the NDK (Native Development Kit) which lets you code for Android in C/C++, though Google is hinting that this may come in a future update.

Overall though, Android Studio is a better experience than Eclipse for Android development, within the limitations outlined above.

You can find Android Studio here.®