Another way the Hub "works like the internet" is by reducing the cost of the transaction to almost zero. Traders might accept a lower price than they would in the analogue world - but they'd be doing a lot more trade.

Which means the value of the market could increase substantially. Currently, valuable stuff which could be traded is being removed from the internet - like Jonathan Webb's amazing aerial archaology photos, as highlighted here.

Because of ill-thought-out dabbling with UK copyright law, Webb, like many photographers, is simply taking them offline.

Although the Hub will allow property-based markets to be built, Young stresses that it is technology and "ideology neutral", and will be as useful to "Creative Commonistas" as for those looking for better commercial options for their rights. 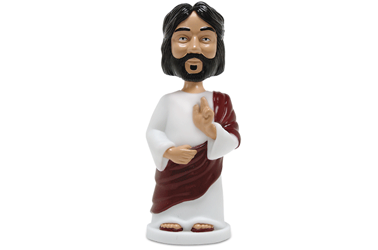 "Is it reasonable that people who create content should have ownership of that content? Most people would say 'yes'," Young points out. The cornerstone of free software, the GPL, depends on strong property rights and strong contract law. Without either, people would take it and ignore the terms and conditions of the GPL.

Young is a techie who is happy running Linux at home and was once in charge of licensing at News International. "We'd have licensed a lot more material if we had a Hub, and the cost was close to zero," he points out.

The Hub was mooted in the Hargreaves Review and is mainly industry-funded. The Digital Catapult (a national centre to rapidly advance the UK's best digital ideas) paid for the alpha development work. However, since the code is open source, if the working models look viable, then other countries might also think about adopting Hubs.

Code should be released within the next year.

Anyone with a bright idea who's interested in taking part can get involved by emailing info@copyrighthub.co.uk. ®