So - you thought you knew all about the INSTANT COFFEE DUNES of TITAN? 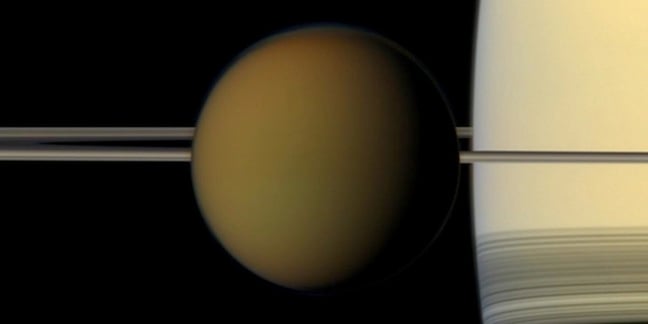 Shifting the hydrocarbo-ice "sand" dunes of Titan – ice moon of Saturn – takes more effort than had previously been thought, say boffins. Previous ideas on the wind speed required to blow dune-forming particles around the famous satellite were seemingly wrong.

Space boffins from the University of Tennessee and Johns Hopkins University found this out by using a wind tunnel with a 12-fold increase in air pressure to recreate, as best they could, conditions on the icy Saturnian moon. 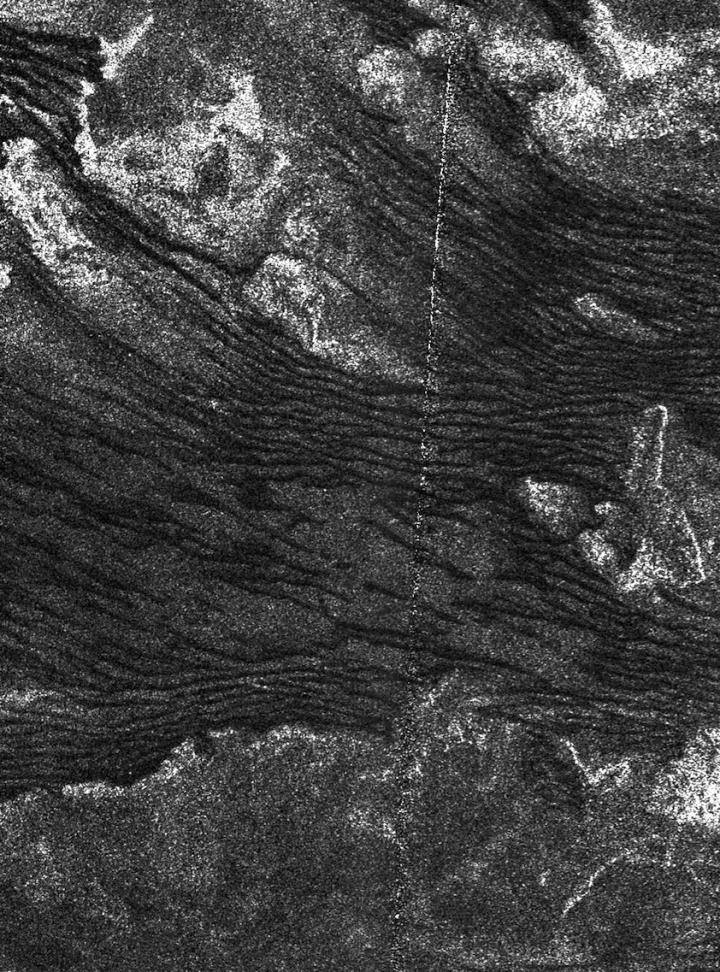 Experiments such as this have obvious limitations. In this particular one, wind pressure had to make up for Titan's thick atmosphere of methane and other hydrocarbons, and its low gravity.

Despite this, the scientists are confident in their measurements. According to the leader of the study, Devon Burr, the simulation "reproduces the fundamental physics governing particle motion thresholds on Titan”.

The "sand" on Titan is unlikely to be the same as what we find by the sea in Brighton. What exactly it is made from remains uncertain, but boffins think that rather than crushed up shells or grit, Titan’s beaches are probably made of balls of ice wrapped in hydrocarbons. This means they have only a fraction of the density of Earth sand.

Gravity on Titan is one seventh what it is on Earth, which combined with the low "sand" density means that the stuff is as light as instant coffee.

To move this lightweight instabrew ice dust, the researchers determined that the speed of wind needs to be at least 3.2 miles per hour. On Earth, that would be a mildly breezy day, so it doesn't sound too dramatic. But our atmosphere is a lot thinner than on Titan, where sand molecules have to fight to move against thick nitrogen-rich smog and clouds of methane.

Titan is of particular interest to space experts because it is the only other body in our solar system with liquid on its surface. The lakes are not made from water though, but from liquid methane and ethanol.

The research was published in famous boffinry mag Nature here. ®

How is 55 Cancri e like a Sisters of Mercy gig? Astroboffins: It has atmosphere

When Jupiter blocks the Sun, the sulphur dioxide atmosphere falls as FROST

Curiosity sniffs Mars' odd atmosphere wafting out of its soil