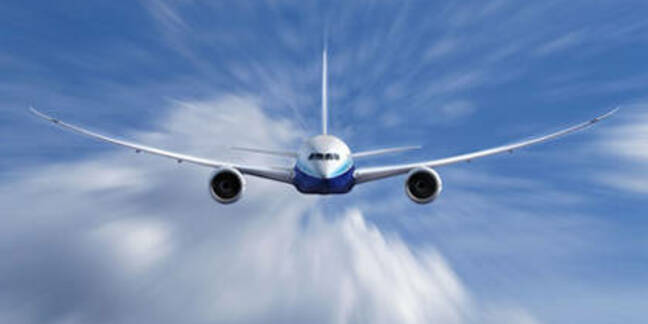 All London airspace was closed to incoming and departing traffic for just under an hour on Friday afternoon due to a computer outage at the National Air Traffic Services – Blighty's air traffic control authority.

According to the European Organisation for the Safety of Air Navigation, a machine failure resulted in all airspace over the capital being closed. All flights from Heathrow were put on hold.

“There is an outage at the NATS control centre in Swanwick, which is affecting UK airspace. Flights are currently experiencing delays and we will update passengers as soon as we have more information," said a spokesman from Heathrow as the effects of the outage spread.

Nats confirmed the outage was due to a "technical problem" at its Swanwick air traffic control centre. A Nats spokesman said: "We apologise for any delays and our incident response team has been mobilised Every possible action is being taken to assist in resolving the situation and to confirm the details."

It was initially feared there was a power supply fault at the heart of the chaos, but Martin Rolfe, the managing director of Nats, later ruled this out. Instead, it appears to be a computer breakdown.

Luton airport would not comment when we contacted them.

A spokesman from Stansted Airport said flights are still landing at the airport but all departing flights are being held.

London airspace has since partially reopened but traffic volumes are restricted following the server failure.

A Nats spokeswoman said, about 45 minutes after news of the outage broke, that airspace was now re-opened but capacity is restricted, adding that this could affect areas outside of London.

Ryanair said: "We has been advised by Nats that UK airspace south of Manchester has been closed until 7pm."

A spokesman from EasyJet said the outage is affecting all of their in-bound and out-bound flights across the UK.

A Nats spokesman said restrictions have now been lifted and that flights are now returning to normal, although he said there will be "residual delays".

National Air Traffic Services (NATS) at Swanwick in Hampshire is a major customer of Microsoft with Windows on PCs and servers. It also has a load of RISC boxes and IBM gear, we're told. There's no indication what component of the network was at fault at time of publication.

Air traffic services are run by a relatively small IT team with knowhow and support from Lockheed Martin. Common-or-garden tech is outsourced to Serco, Capgemini, Amore Group Attenda, BT and Vodafone.

Were you involved in the chaos? Get in touch with The Register and tell us what's happening - email [email protected] or tweet us @TheRegister. ®