Devs are looking at Windows again, so Puppet thrusts up its hand to help 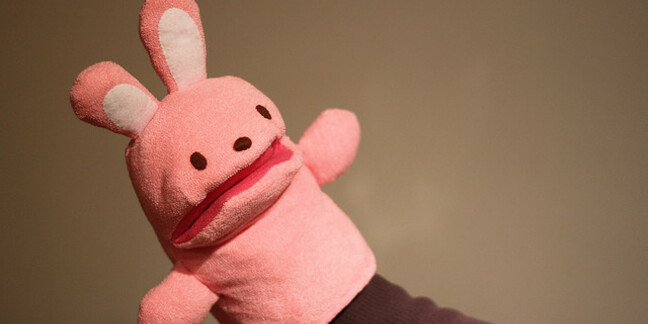 DevOps darling Puppet Labs has decided to share the love with Windows.

“People who would not have looked at Windows a year or two ago are considering it as a development platform now,” Puppet CIO Nigel Kersten told The Reg.

Kersten thinks that enthusiasm is emerging because, in part, “Microsoft is heading down the path of doing what we do, for Windows for Doze.”

Windows Desired State Configuration tool is one sign of that direction, Kersten said. That Redmond is giving away decent quantities of Azure credits with enterprise licences is another: Microsoft is keen on steering its developer community towards a more cloudy development model.

All the automation and orchestration goodness Puppet brings to Linux is therefore now more applicable to Windows, Kersten reckons, so the company's decided to swoop.

A new SQL Server module automates deployment and management of the 2012 and 2014 versions of Microsoft's database.

Puppet's also giving a seal of approval to third-party modules for Windows administration, starting with one to turn Windows features on and off. Others will follow, but Kersten couldn't say quite when.

Azure's maturation, plus Microsoft's enormous user base and increasing embrace of third-party tools mean Puppet would obviously be foolish to ignore Windows. Indeed, Kersten told us he feels Puppet was “pulled down the path of doing Windows”. Which doesn't sound pleasant.

The pull is strong, as Kersten says that henceforth everything Puppet develops “... we are thinking of Linux as well as Windows.”

VMware on AWS: Low-risk option or security blanket for those who don't like change?