Cleaning off the rust

First of all, I needed to assess exactly what I'd got on my hands.

Removing the rust was a simple matter of time and elbow grease. Take a length of 4x2 flannellette, add your light oil of choice (I used 3-in-1, though it makes no real difference at this stage) and rub away. The receiver had been greased at some stage, which went a long way towards protecting its rear and also the bolt body. Unfortunately water had damaged the outside of the front receiver ring, which carries the barrel. I was quite nervous about how deep that damage went. 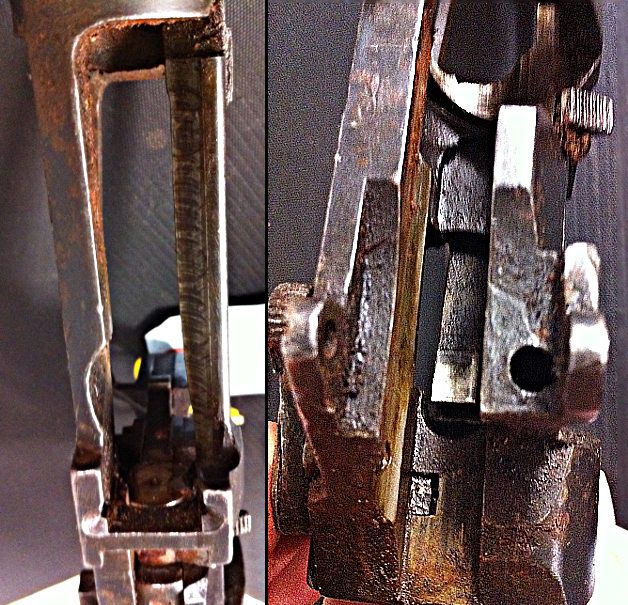 Pause for thought: The rust sits heavily on the surface of the receiver as viewed from above (L) but thankfully hadn't gone too deep in critical areas (R). Note the striker protruding from the bolt face in the left-hand picture.

Inspecting the important areas - the bearing faces for the locking lugs and the trigger mechanism - showed that, thankfully, the rust hadn't got into those areas. Clearly the oil and grease had done their job over countless years. 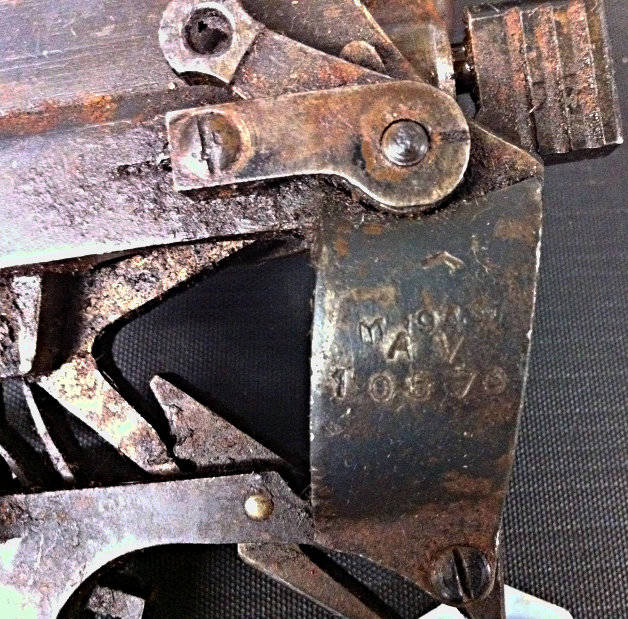 Battered but serviceable: The rust hadn't penetrated the key working parts of the trigger mech

From the markings on the wrist we can see that this receiver and bolt were made in 1943 at the Royal Ordnance Factory in Maltby, Yorkshire. “M” was Maltby's marking; other common No.4 manufacturer's codes include “M47C” (BSA Shirley) and “F” (Fazackerley, Liverpool). 1943 is clearly the year of manufacture, while the serial number is the last marking here.

After cleaning off the worst of the rust, this is what I was faced with: 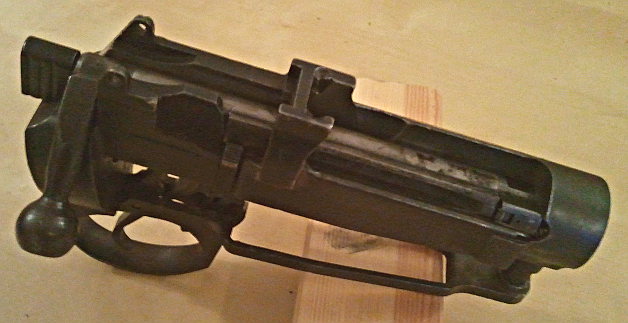 Scrubbed up: Ah, doesn't that look better? The finish is still the factory blueing but under a different light

Having cleaned it and tested the trigger mechanism a few times, we had a serviceable receiver. After cleaning the worst of the clag off a few flecks of brown paint were visible on the receiver and on the trigger guard, suggesting that this rifle was issued to a unit somewhere hot and wet (steady, now) where rifles were painted to reduce the risk of rusting. As the paint was underneath the areas covered by the wooden furniture, it seems a fair guess that this was only applied to areas that weren't easily accessible for normal daily cleaning.

Having done what we could with the bolt, receiver and trigger mech, the next stage was to start the build proper.

Next page: Finding a barrel and getting it proofed
Page: