Review Before you all take to the comments page and start asking why in the name of hell it has taken us more than six months to review the Fire 8.9 HDX, let me clarify one thing. This is the new, refreshed winter 2014 model. Yes, I know it looks very similar, OK, make that identical, to the previous (3rd) generation 8.9 HDX but trust me, it has been improved. 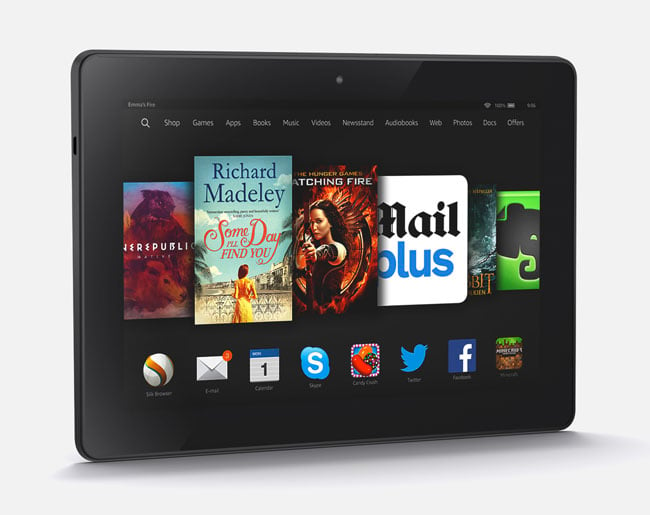 Of course since the last model hit the streets in spring, we’ve seen the Tesco's Hudl 2, the HTC-made Nexus 9 and Sony’s Xperia Z3 Compact Tablet (review coming soon) hit the shelves – so the competition is much stronger and much more the diverse. The Hudl is superb value, the Nexus a distinct move upmarket for the Google brand, while the new Xperia tablet is thin, light and rather sexy.

As I said, the new Fire HDX is physically identical to the last down to the very last detail. It weighs the same (375g), and is the same size (231 x 158 x 7.8mm which is reasonable enough for an 8.9-incher). The display resolution is the same too at 2560 x 1600 or 339dpi in old money but the HDX’s screen has always been an excellent example of the breed so there really wasn't any need for an upgrade. 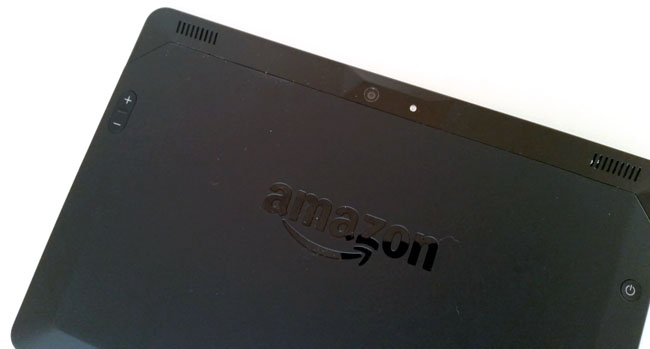 The rather industrial design is also a carryover, right down to the magnesium alloy chassis, soft-touch back and rather hard-to-locate power and volume switches on the back. No change of the camera front either, so it’s still a 1.2Mp jobbie that Amazon prefers to describe as 720p HD.

Sadly there’s still no microSD card slot so you have to make do with the built-in 16, 32 or 64GB, depending on model. The 16GB review sample showed just under 11GB of storage free. On the plus side the HDX does support USB On-The-Go hosting so accessing files on a thumb drive is a piece of cake.

So what exactly the is new then? Well, Amazon has added a more powerful processor along with new a Dolby Atmos-optimised sound system, a speedier 802.11ac Wi-Fi radio and the latest Fire 4 (4.5.1 to be pedantic) operating system which even the Fire Phone doesn’t have at time of writing. The new HDX also comes with the Firefly “ID it and buy it” software which debuted on the Fire Phone. What it doesn't have is the Fire Phone’s trick Dynamic Perspective ersatz-3D. 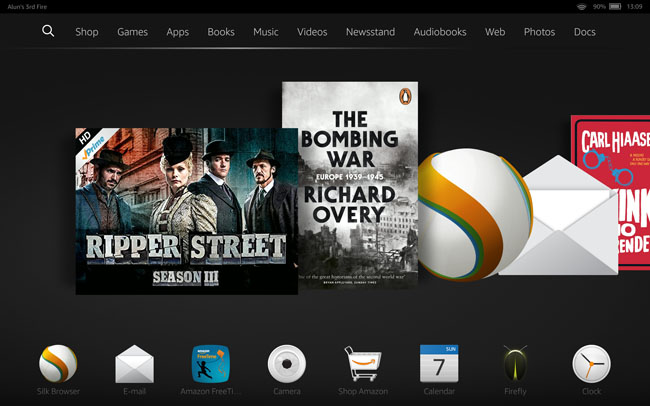 It’s worth noting at this point in proceedings that a few weeks ago a version 4.5.1 OTA update rolled out to the previous generation HDX 8.9 bringing with it Firefly. All the comparison tests I carried between the two machines were done after the update.

Next page: A taste of Sangria
Page: