So how compact is this Compact?

I was particularly impressed with the industrial design, which is as attractive and coherent as I’ve seen on an Android phone. The sides have a curved, jelly-like translucent quality, although the material is hard plastic.

The glass back didn’t perform the creeping trick it for me that it did for Alun Taylor (who reviewed the full sized Z3). Like Alun, though, I’d recommend a case for the Z3 Compact particularly as the lens protrudes slightly from the back, making it more prone to scratches. 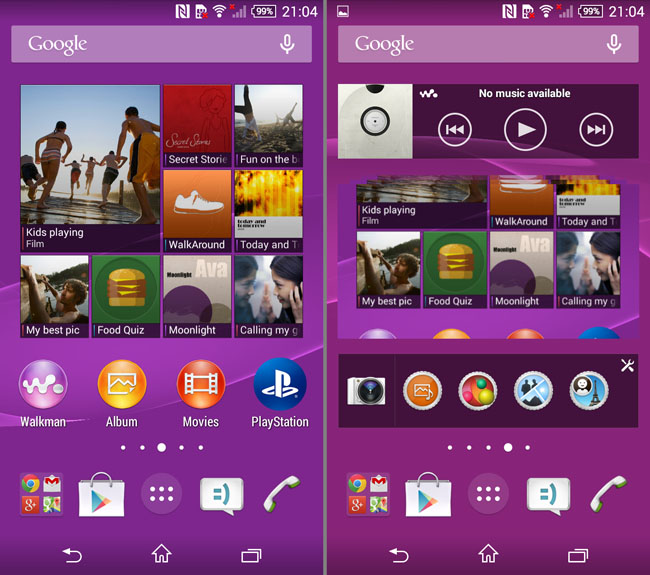 The software is the same bundle as the larger Z3 flagship. It’s strong on media playback – either on the device itself or another screen – and a month ago it gained PS4 Remote Play and media playing.

However there’s far too much thoughtless duplication. Sony continues to maintain a Sony app store (Sony Select) alongside the Google Play store, and Sony highlights its own games, media apps, and personalisation. So does the “Xperia Lounge” app and the “What’s New”. Four shops is a bit a much. 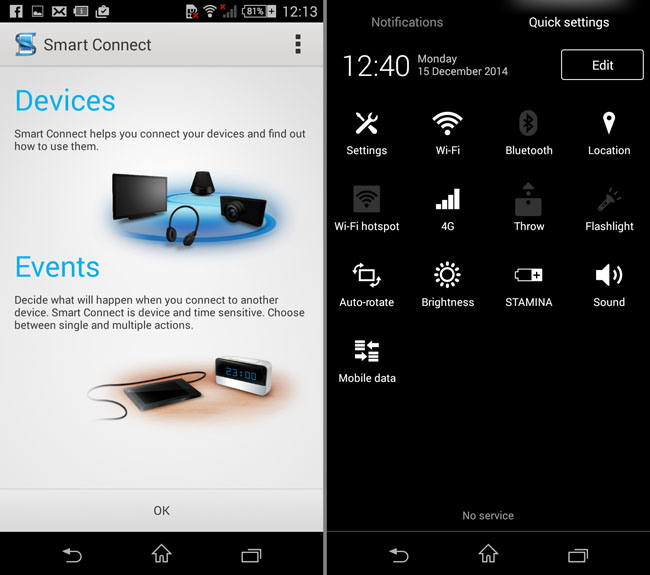 Still, there are some welcome features here. Smart Connect is the old LiveWare app - giving you the ability to manage your connections to other devices such as docks and wearables, for example, or launch apps, or change settings at specified times.

I also found that the Walkman music player and sync software did a much better job of transferring music over from a local PC for offline playback. For those of us who don’t trust our music to the cloud, and simply want old fashioned sync, the effort is appreciated.